Capriccio of a Rocky Coast with Llanrhaeadr Falls and Ships 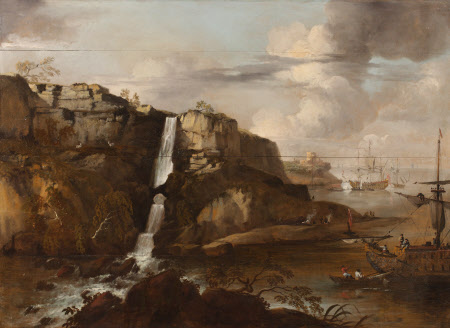 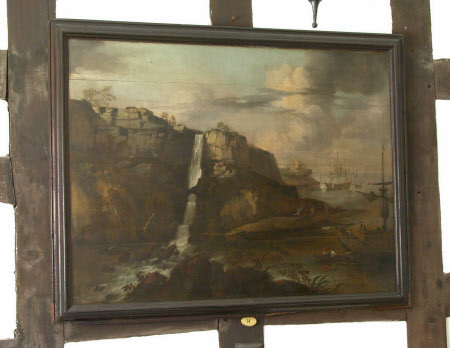 Oil painting on panel, Capriccio of a Rocky Coast with Llanrhaeadr Falls and Ships, attributed Adriaen van Diest (c.1656 - 1704) circa 1700. Traditionally attributed to an itinerant foreign artist, and called 'Llanrhaidr Falls'. Inclusion of ships explained by painter's response to a request for 'Sheepes' in the painting. A rocky promontory at the left, down which a cascade is pouring; to the right the sea, and various shipping.

With some of the contents, in 1978, that were acquired along with Chirk Castle from Lt-Col Ririd Myddelton (1902–1988) by the National Land Fund and handed, on loan for 99 years, to the Secretary of State for Wales (In 1981 Chirk was transferred into the ownership of the National Trust); accepted by the Inland Revenue in lieu of Inheritance Tax from the estate of Lt-Col Ririd Myddelton (1902–1988) and transferred to the National Trust for display to the public at Chirk Castle in 1999