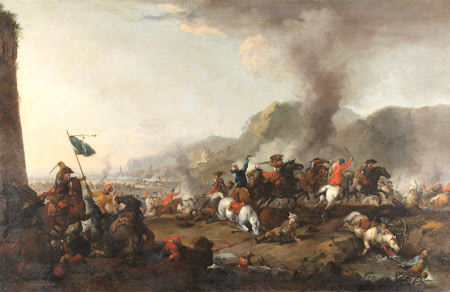 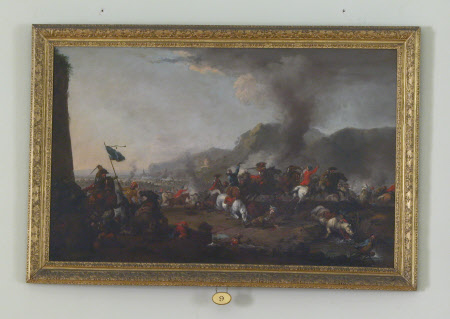 Oil painting on canvas, The Battle of Belgrade by Pieter Tillemans (Antwerp 1684 – Suffolk 1734), signed 'Pieter Tillemans F'. The Austrians, under Eugene of Savoy, captured Belgrade from the Turks, 1717.

In Chirk house catalogue, circa 1900 as in Drawing Room. (Shown on diagrammatic hang [north wall, top register]) and manuscript picture list as “19. Battle Piece.”; in 1978, Chirk Castle and some of its contents were acquired from Lt-Col Ririd Myddelton (1902–1988) by the National Land Fund and handed to the Secretary of State for Wales. Under an agreement dated 13 June 1978 it was loaned for 99 years. In 1981 Chirk was transferred into the ownership of the National Trust. On loan to the Trust by Captain David Myddelton.