A Group of Gentlemen Drinking 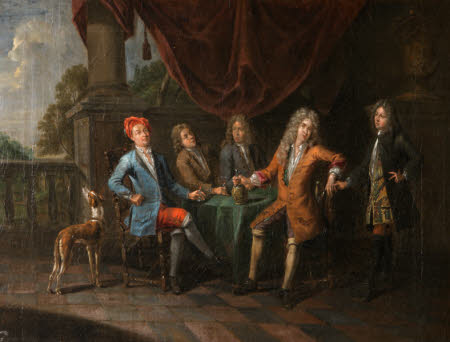 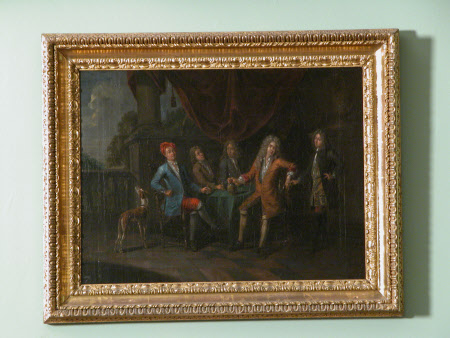 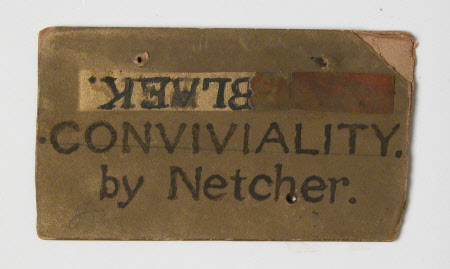 Oil painting on canvas, A Group of Gentlemen Drinking, attributed to Joseph van Aken (Antwerp 1709 - London 1749) A scene on a terrace with four men seated, drinking at a circular table; a fifth is standing at right, taking the hand of a figure in an orange coat. All but one are wearing wigs; a greyhound sniffs the air.

In inventory of the house of the late James Hutton in Park Lane 27/28 July 1770 as 'A Drinking Piece by Watteau'; in undated 19th century (circa 1820 at time of picture cleaning) Erddig inventory 'Drinking Piece - Watteau (scored through) Netcher'[sic] and thence by descent until given by Philip Yorke III (1905-1978) along with the estate, house and contents to the National Trust in 1973.