Putti-angels showing the Veil of Veronica to Mary Magdalen 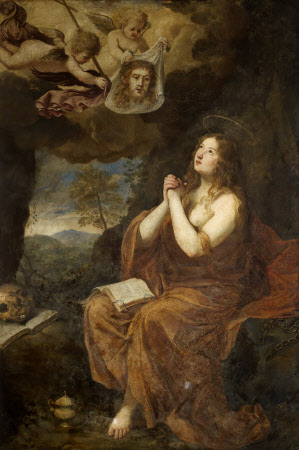 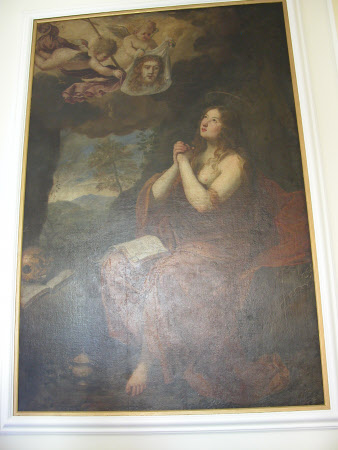 Oil painting on canvas, Putti-angels showing the Veil of Veronica to Mary Magdalen, attributed to Juan Carreño de Miranda (Avilés 1614 - Madrid 1685), circa 1650. Veronica's veil is said to have miraculoulsy retained Christ's image when she used it to wipe his face on the way to Calvary. The veil or sudarium was one of the most famous relics in Rome.

Installed by Captain Kenneth Robert Balfour (1863 – 1936) in 1897/8 as a fixture in the Dining Room of the Castle on the Island, which was accepted by HM Treasury in lieu of death duties and transferred to the National Trust after an endowment had been raised, 1962