Capriccio of a Seaport with Figures and an Antique Statue 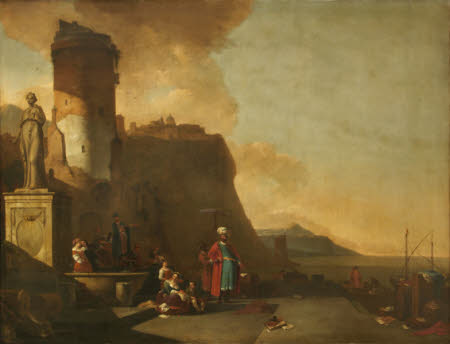 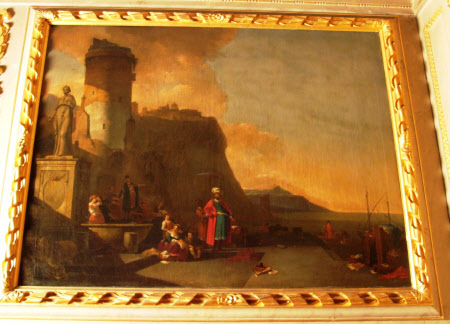 Oil painting on canvas, Capriccio of a Seaport with Figurres and an Antique Statue by Thomas Wyck (Beverwijk 1616 – Haarlem 1677). A seaport, with figures standing and sitting on the steps of a harbour to the centre foreground, with steps down to the right to a berthed sailing boat, a classical female statue on a plinth to the left, and a ruined tower in the left centre ground, distant horizon on the right with cloudy sky.