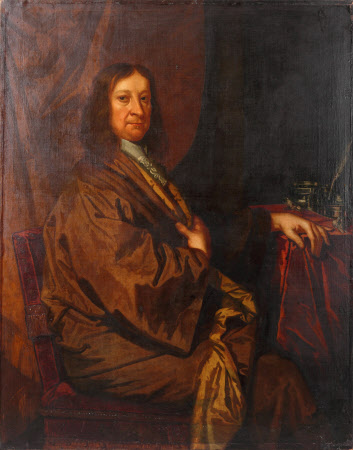 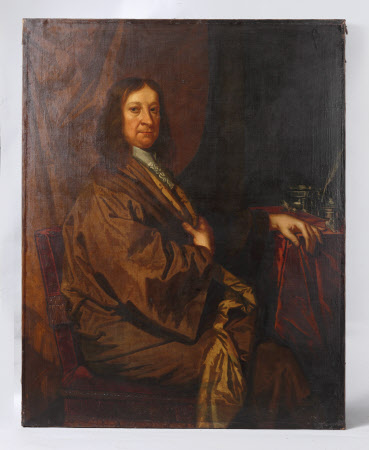 Oil painting on canvas, An Unknown Man, British (English) School, 17th century. A three-quarter-length portrait to right, head facing, wearing a brown cloak, seated by a writing table, his left hand on the table, his right holding his cloak. It has been suggested it is a portrait of John Milton.

By descent until, following the death of Edward William Spencer Cavendish, 10th Duke of Devonshire (1895 - 1950), Hardwick Hall and its contents were accepted by HM Treasury in part payment of death duties and transferred to the National Trust, in 1959