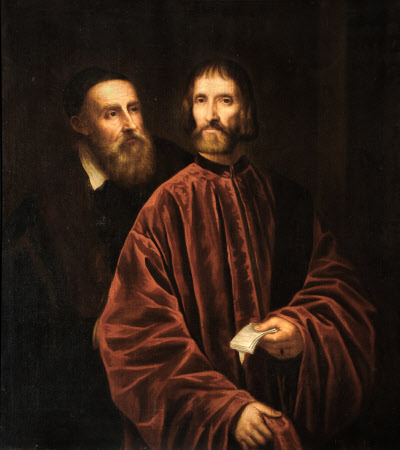 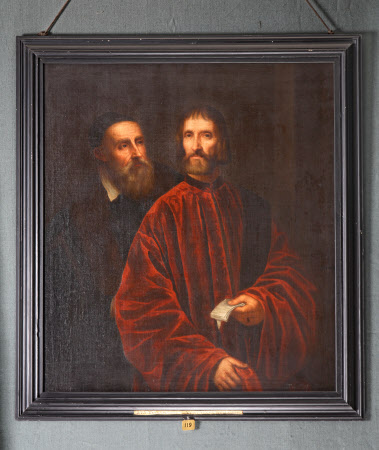 This is a version of the double portrait at Hampton Court, which was cleaned in 1958 to reveal a third figure on the right. In the Hardwick portrait the figure of Andrea de’ Franceschi is extended to show both hands, and the two half-length figures fill the canvas. The head of Franceschi in both pictures has been taken from the portrait by Titian himself in the Detroit Institute of Art, USA. Andrea de’ Franceschi (d.1551), was appointed Grand Chancellor of the Republic of Venice in 1529, and was a friend of Titian’s, who also painted him into his depiction of the Presentation of the Virgin (Accademia, Venice).