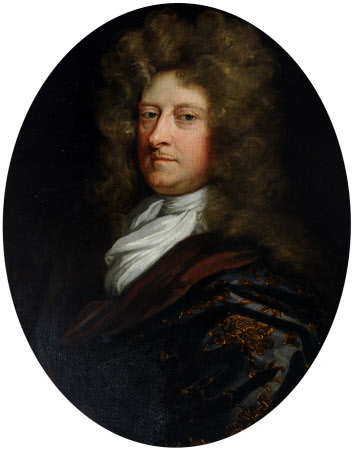 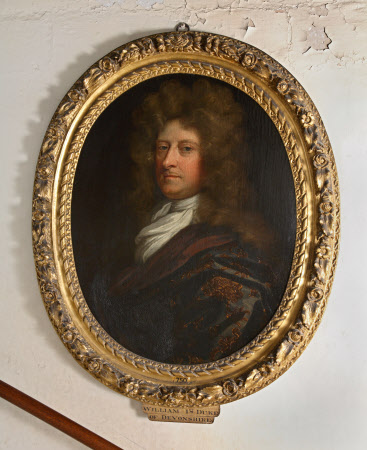 The head in this picture appears to be derived from Kneller’s full-length of the 1st Duke in Garter robes at Chatsworth. For this portrait the artist used the same pose and costume as in the signed portrait of Charles, Earl of Peterborough and Mordaunt, which was painted between 1689-97 (now at Ranger’s House, Blackheath). The Duke was one of the five members of the Honourable Order of Little Bedlam. A circular of May 1706 announced the revival of this ‘club’, and in it his animal is given as a leopard. The other members were the Grant Master, John, Earl of Exeter (Lion); the Earl of Denbigh (Tiger); Verrio (Porcupine), and Kneller himself (Unicorn). Some of the rules of the Club - notably the fine for not addressing one another by their animal names - are reported by Francis Peck in his Description of Burghley House in his Desiderata Curiosa, 1732.