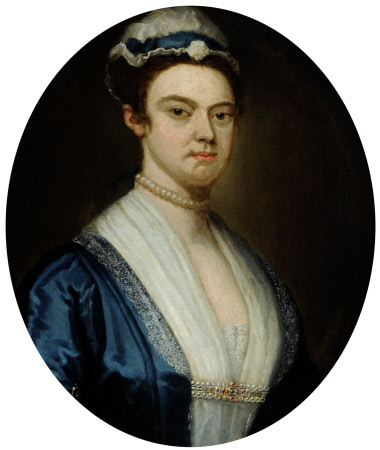 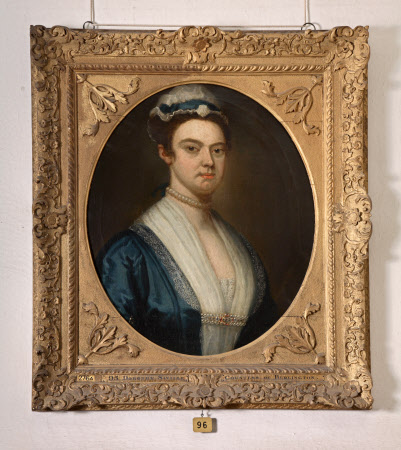 Lady Dorothy Savile was the daughter of William Savile, 2nd Marquis of Halifax (1665-1700). She married Richard Boyle, 3rd Earl of Burlington (1694-1753), who was the architect and builder of Chiswick House. She was a Lady of the Bedchamber to Queen Caroline. Her picture is presumably at Chatsworth because she was mother-in-law of the 4th Duke of Devonshire. This portrait was probably originally a rectangle, but was reduced to the present oval. The artist, James Worsdale, was Sir Godfrey Kneller’s assistant, and claimed to be his illegitimate son.

In Swift 1811 inventory and thence by descent until, following the death of Edward William Spencer Cavendish, 10th Duke of Devonshire (1895 - 1950), Hardwick Hall and its contents were accepted by HM Treasury in part payment of death duties and transferred to the National Trust, in 1959