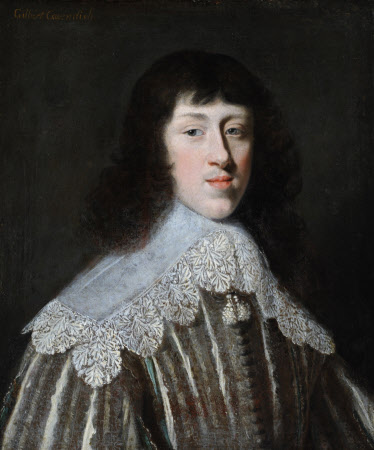 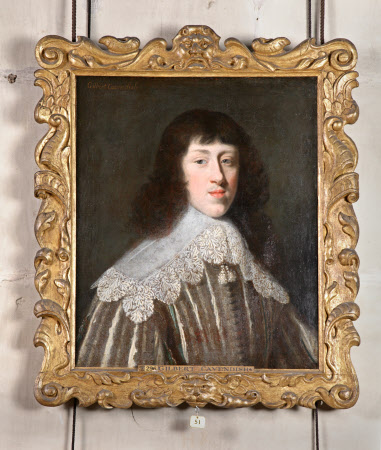 Inspite of the misleading inscription on the frame tablet, this portrait probably depicts William Cavendish (1617-1684), an identification corroborated by several other portraits from Hardwick showing the 3rd Earl at different ages. Although he was made a Knight of the Bath at the coronation of Charles I in 1626, he wears neither the ribbon nor jewel of the Order. However, a portrait thought to portray the 3rd Earl a decade on, similarly shows him without his decoration.