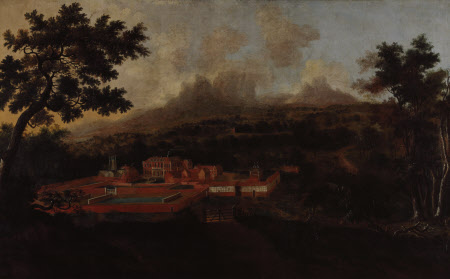 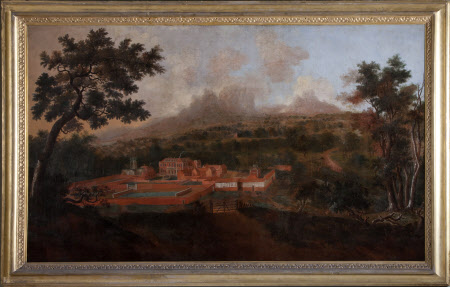 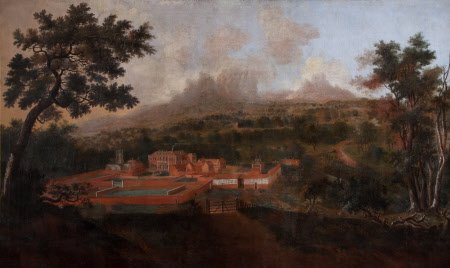 Oil painting on canvas, View of Old Kedleston House, attributed to Jan Griffer the elder (Amsterdam c.1645 – London 1718), 1700-21. Old Kedleston House was built by Smith of Warwick in around 1700, painted before the creation of the formal gardens in 1721. A rather venerable painting of the previous house by Smith of Warwick and its earlier out-buildings, portrayed before Bridgeman's creation of the formal gardens in 1721. Previously attributed to Hendrick Danckerts, who had died before the Smith house was built. Jan Griffier I is known for his river views, including a number of the Thames. This picture appears a little crude for him, but this may reflect a coarsening of his style in England. An alternative attribution might be to Adriaen van Diest.

Recorded in the Family Wing – Ante-Room in 1861; and thence by descent until bought with part of the contents of Kedleston with the aid of the National Heritage Memorial Fund in 1987 when the house and park were given to the National Trust by Francis Curzon, 3rd Viscount Scarsdale (1924-2000)