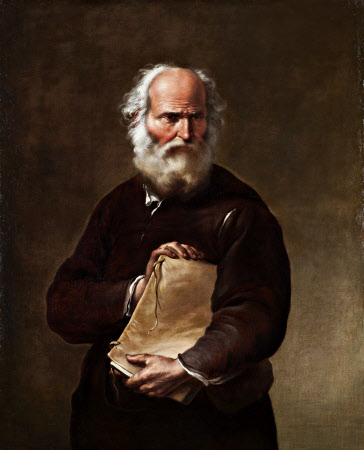 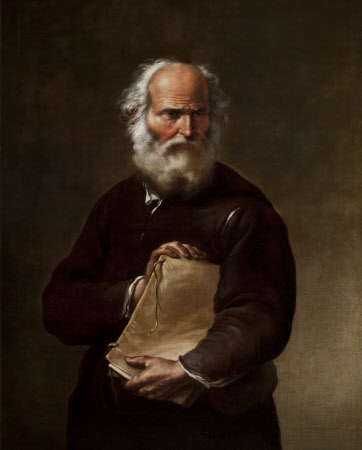 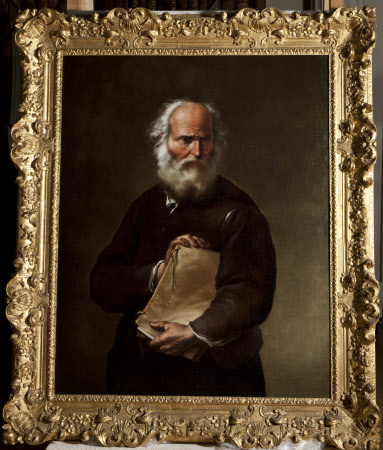 A learned wise-looking man, possibly ‘Diogenes’, grasping a book in both his hands, stands boldly against the varied tonalities of a lighter background looking out with a steady gaze. It is one of a small group of philosophers and saints by Rosa which derive from similar types by Ribera in whose studio he worked in Naples in the 1630s. This painting was probably painted whilst Rosa was in Florence, around 1642-45, and was paired with Andrea Sacchi’s The Allegory of Winter (NT 108869) when it was in the collection of the Marchese Niccolò Maria Pallavicini (1650-1714) and exhibited at the Academia del Disegno at the church of the Annunziata. They were both bought by Nathaniel Curzon’s agent the amateur dealer, William Kent for Kedleston Hall in 1758.

Possibly the painting mentioned in the posthumous inventory of the goods of the Marchese Niccolò Maria Pallavicini (1650-1714), Palazzo all’Orso, Rome, 29th March – 5th July, 1714, in the Third Anticamera, no.414; bought by the marchand-amateur William Kent (fl. 1742-1761) from Marchese Arnaldi for Sir Nathaniel Curzon in 1758; recorded in Library by the Duchess of Northumberland in 1766 (although she erroneously called it Andrea del Sarto [!]);bought with part of the contents of Kedleston with the aid of the National Heritage Memorial Fund (NHMF) in 1987 when the house and park were given to the National Trust by Francis Curzon, 3rd Viscount Scarsdale (1924-2000)