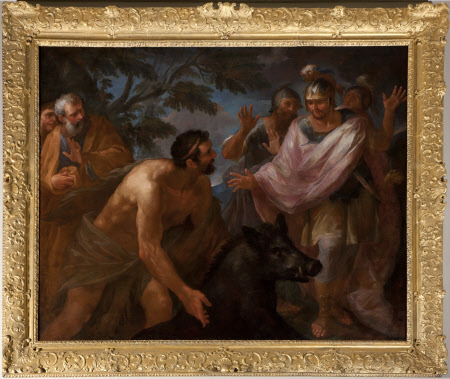 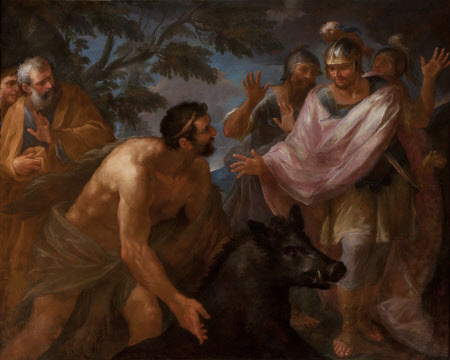 Oil painting on canvas, Hercules terrifying King Eurytheus with the Erymanthian Boar/Hercules showing the Erymanthean Boar to Eurystheus, Italian School, late 17th century. The scene depicts the conclusion of the fourth labour of Hercules. The boar, terrified the neighbourhood of Mount Erymanthus and had to be captured alive. It was chased through deep snow and having thus worn it out, Hercules caught it in a net and carried it to Eurystheus. He was so frightened he subsequently hid in a jar.