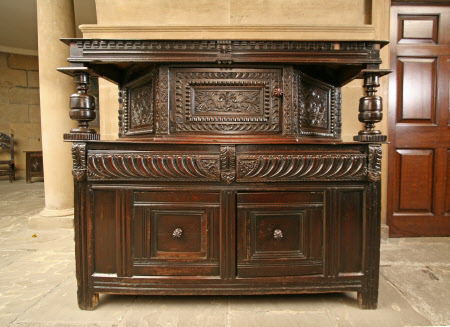 An oak court cupboard, English, mid-17th century. With a dentil-applied cornice centred by a leaf-carved corbel, above turned bulbs (now upside-down), flanking a canted, paneled cupboard. Each panel carved with foliage and within a gadrooned surround. The lower section with a gadrooned drawer above a pair of paneled doors within moulded rails and flanked to each side by a slender panel. On stile supports.