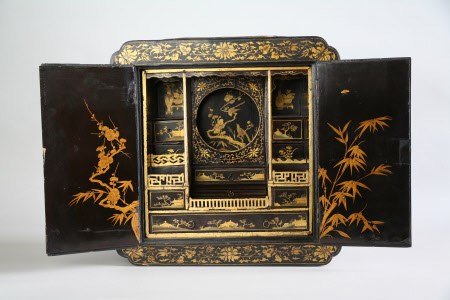 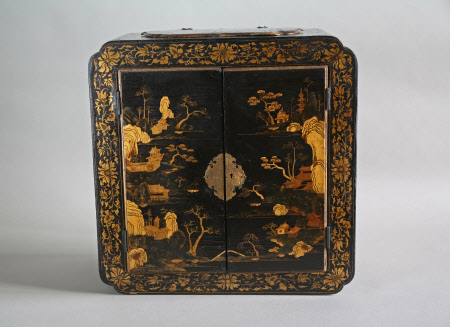 A small black-lacquer and gilt table cabinet, Chinese, late 18th century, on a japanned stand, English, late 18th/early 19th century. The cabinet with re-entrant corners, and two inset doors decorated with landscape scenes within a foliate and floral border. The interior fitted with stepped drawers and niches around a central cupboard behind a trellis 'fence' or gallery. The stand with low gallery to the top. Its legs and friezes japanned with foliate sprays, and with pierced gilt spandrels. The legs square-section and joined by a concave-sided shelf stretcher. Possibly acquired by Charles Winn (d. 1874) in the early 19th century.

Purchased by the National Trust by private treaty sale from Lord St Oswald in 2010.