Bogie Theobald, the Ratcatcher, with his Dogs 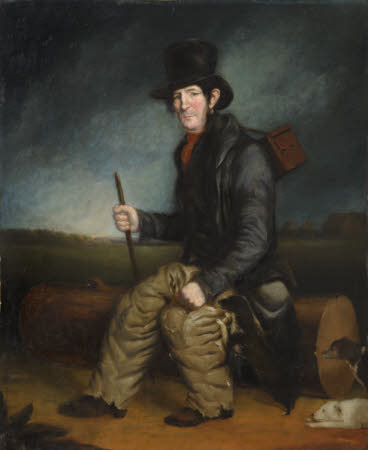 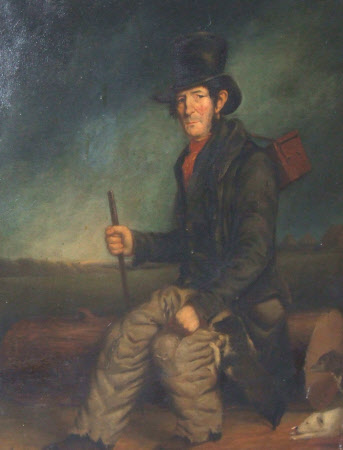 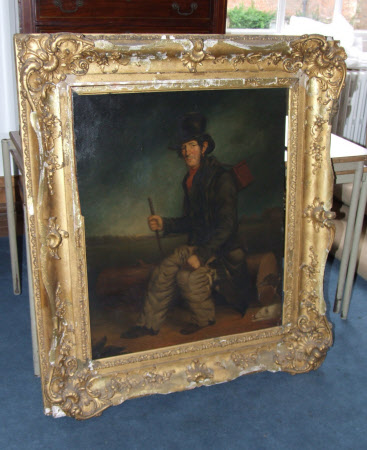 ‘The Ratcatcher’ depicts Bogie Theobald and his three dogs. The 1851 and 1861 censuses record him as a ratcatcher, living in the southern part of Long Melford. This was painted by G.S. Flitch, a local man from Colchester, in 1840. It is a rare example of a portrait of a servant, and the only one at Melford Hall. We don’t know why his portrait was painted, or who commissioned it.

Oil painting on canvas, Bogie Theobald with his Dogs, attributed to Henry Perlee Parker (Devenport 1795 - London 1873), circa 1840. A man sits on a log in a landscape wearing a top hat and padded trousers, holding a stick with a box on his back. He is accompanied by three dogs. Also known as The Ratcatcher, Melford, 1840.

Part of the Hyde Parker Collection. Loaned to the National Trust in 1997, and purchased from Sir Richard Hyde Parker and Lady Camoys in October 1997.