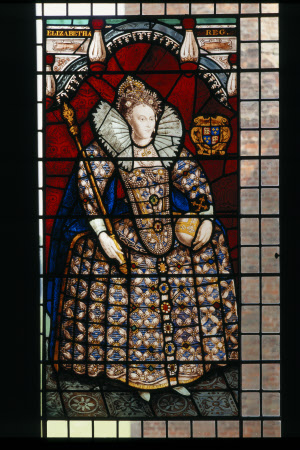 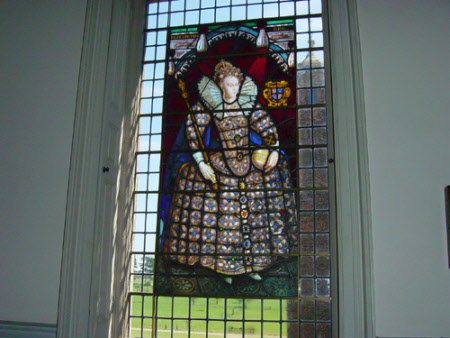 This 19th-century stained glass window depicting Queen Elizabeth commemorates her visit to Melford in 1578. Her dress is the one she wore to celebrate her victory over the Spanish Armada in 1588, so the Hyde Parkers were making a connection beyond their own naval achievements to one of the country's major naval triumphs.

Stained glass window. 19th century. Depicting a full length figure of Queen Elizabeth I (1533–1603) in the dress worn at service of thanksgiving at St Pauls for her victory over the Spanish Armada. The Royal coat-of-arms may be earlier, and has been leaded in reverse order.