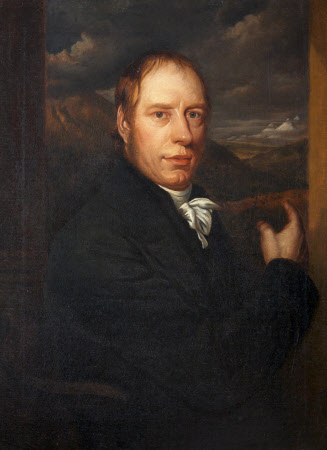 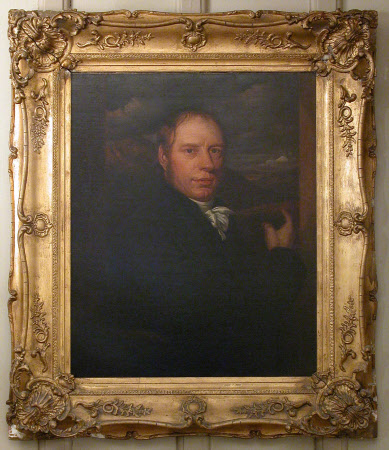 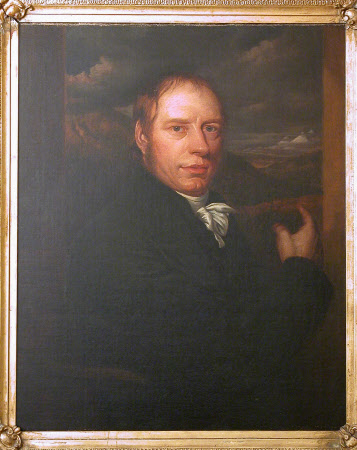 This is a copy of the original portrait by John Linnell, now in the Science Museum, of the famous Cornish engineer, Richard Trevithick. He invented the high pressure strong steam engine, patented in 1802, which helped factories, ships, railways and agriculture. He also built the first full-scale working railway steam locomotive. A plaque, commemorating the ‘Catch me who can’ locomotive of 1808, the first to take passengers on the streets of London, is in Gower Street. Linnell’s portrait was painted in 1816, the year he went to Peru, leaving his wife Jane Harvey and their six children behind. It is thought he is pointing to the Andes mountains. He returned penniless from South America in 1827. Before he died he wrote, “However I may be straightened in my pecuniary circumstances, the great honour of being a useful subject can never be taken from me, which to me far exceeds riches.”

Oil painting on canvas, Richard Trevithick (1771 - 1933), after John Linnell the elder (London 1792 - Redhill 1882), after 1816. A half-length portrait of Trevithick in his 45th year, right arm pointing towards the hills, probably the Andes, in the background. After an original painting by John Linnell of 1816 now in the Science Museum, London.

On loan from the Trevithick Society.