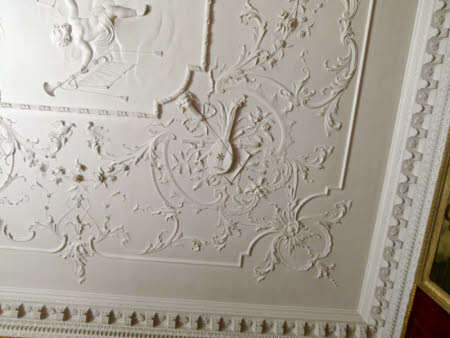 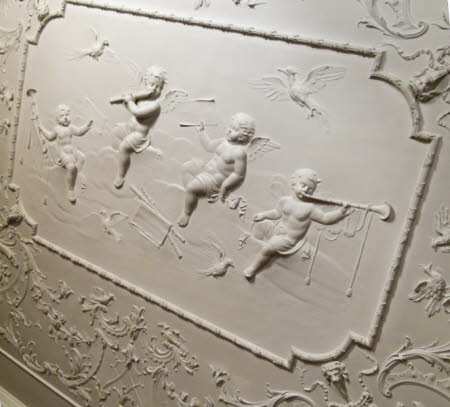 Ceiling. Moulded and carved frame of geometric shape outside at each corner four floral devices with ribbons and inside containg figures and symbols on the theme of music with four cupids playing musical instruments with exotic birds.

Acquired during the remodeling of Saltram House in the mid eighteenth century.By descent to Edmund Robert Parker (1877-1951) 4th Earl of Morley.Accepted in part payment of death duties by HM Treasury and transferrred to NT in 1957.