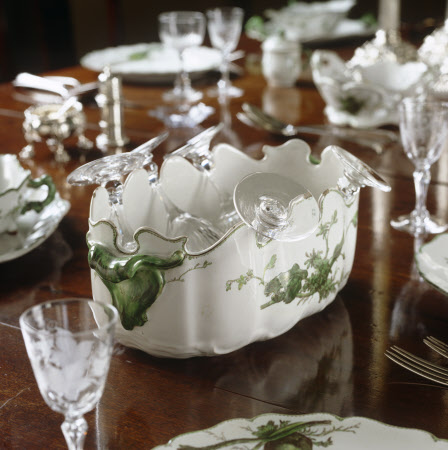 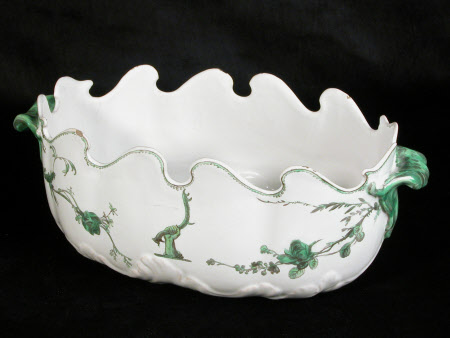 Late 18th century Monteith (glass cooler) part of a French faience (tin-glazed earthenware) service believed to have been produced in Marseilles at the Veuve Perrin factory.It bears the crest of Montagu Edmund Parker (1737-1813) of Whiteway, who ordered the service c.1765-1770.Each piece has a slightly different design.

Wine glass cooler from a Marseilles Faience dinner service, probably from the Veuve Perrin factory, circa 1750 - 1770. Painted in green monochrome with flowers and hunting trophies. Some pieces bear the crest of the Parker family.

Evidence suggests the service was commissioned by Montagu Edmund Parker of Whiteway (1737-1813) and then by descent to Montagu Brownlow Parker (1878-1962), 5th Earl of Morley and transferred to NT in 1962 as part of the endowment.