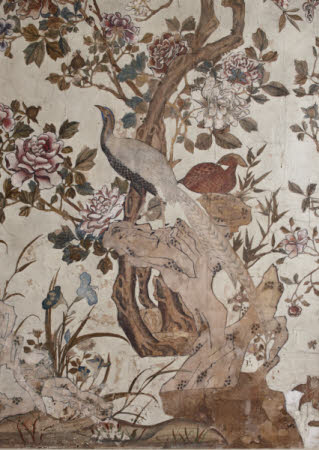 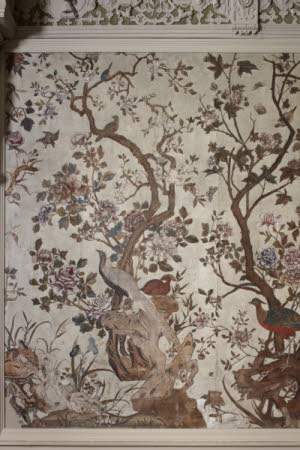 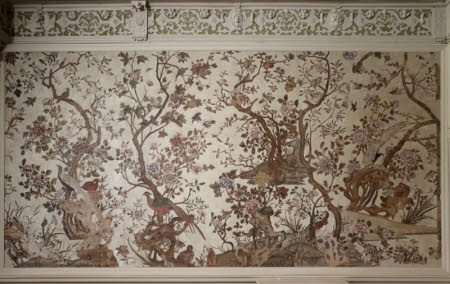 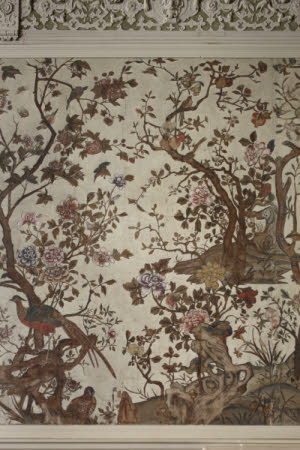 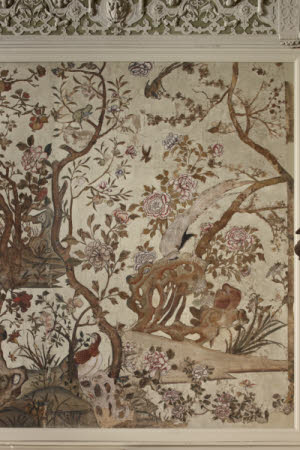 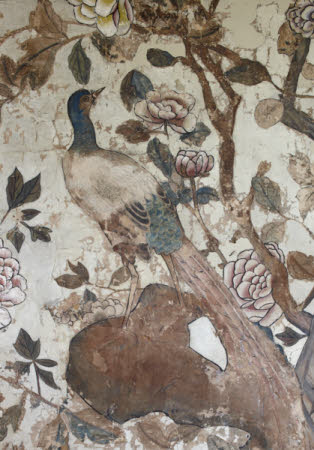 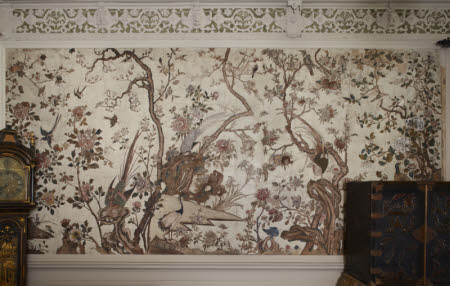 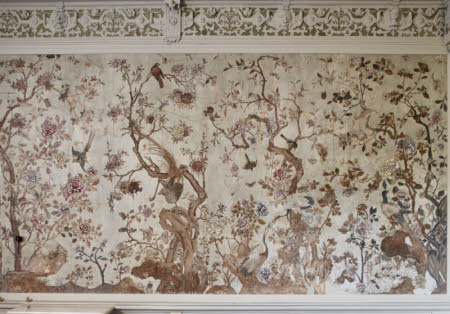 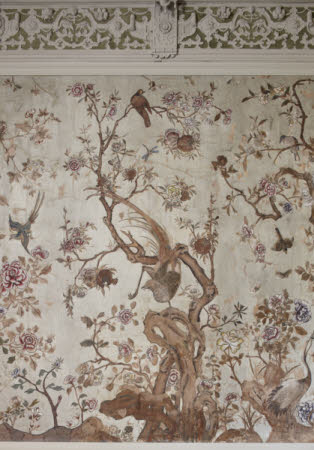 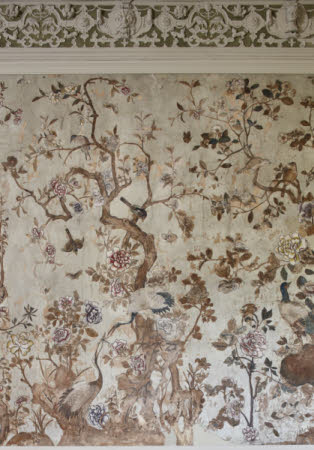 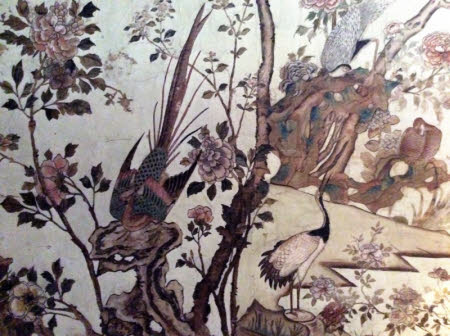 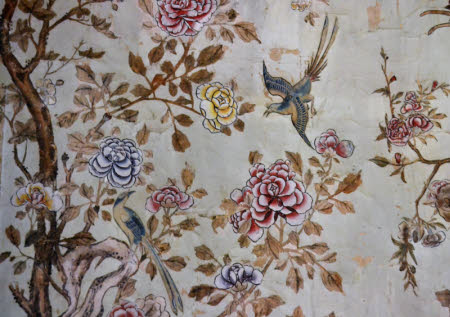 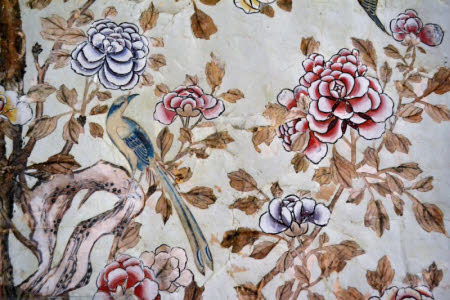 Chinese wallpaper depicting birds, flowers, trees and rocks, the outlines woodblock printed, the colours added by hand, most of the background and some of the detail subsequently overpainted, in the Drawing Room.

Some of the sheets in this wallpaper were printed from the same blocks as some of the wallpaper sheets at Felbrigg Hall (NT 1400532). Other sheets printed from the same blocks are at Château du Fayel, Oise, France, at Oud Amelisweerd, near Utrecht, The Netherlands, and at Schloss Wörlitz, Sachsen-Anhalt, Germany. The sheets were trimmed somewhat at the top (evident when compared to the sheets at Felbrigg). The wallpaper was mounted on textile which was stretched on battens. See Emile de Bruijn, Andrew Bush and Helen Clifford, Chinese Wallpaper in National Trust Houses, Swindon, 2014, cat. 21, pp. 29–30; Emile de Bruijn, Chinese Wallpaper in Britain and Ireland, London, Philip Wilson Publishers in collaboration with the National Trust, 2017, pp. 67–69.

The wallpaper may have been installed when the Palladian window was introduced to this room, perhaps during the third quarter of the eighteenth century. It was treated around 1900, possibly by W. Middleton and J. Morley (who inscribed their names together with the dates 1891 and 1903), when most of the background and about two-thirds of the detail was overpainted with oil-bound distemper. Ightham Mote and its contents were bequeathed to the National Trust by Charles Henry Robinson in 1985. In 1986 in situ holding repairs were carried out by Orde Solomons. In 1989 the wallpaper was removed, relined and consolidated by Merryl Huxtable and Pauline Webber in conjunction with G. Jackson and Sons. Following extensive building works at Ightham Mote, Sandiford and Mapes Ltd. carried out some further treatment and the wallpaper was rehung in 1997 on new linen canvas stretched over damp-proof battens.