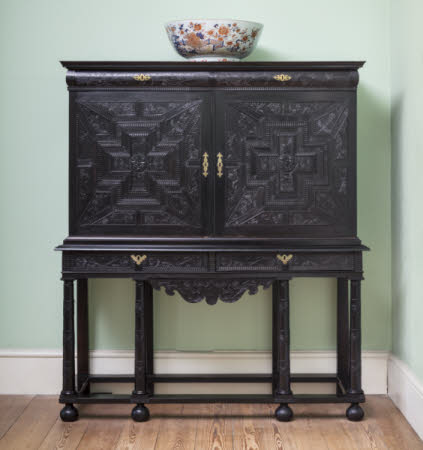 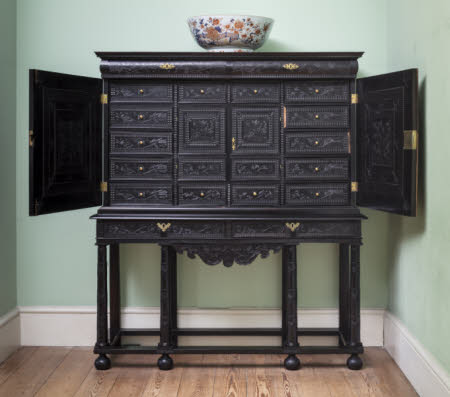 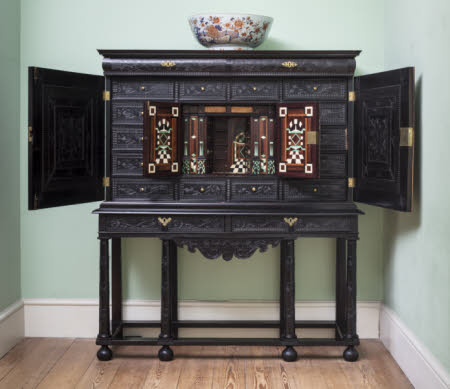 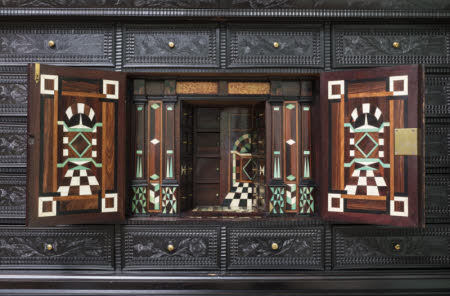 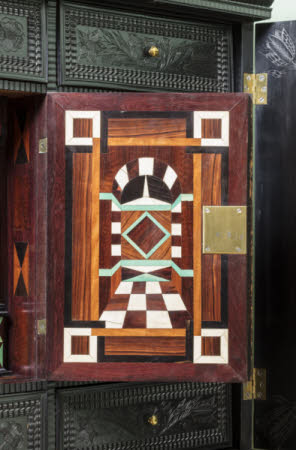 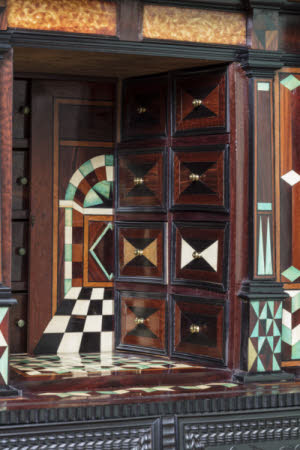 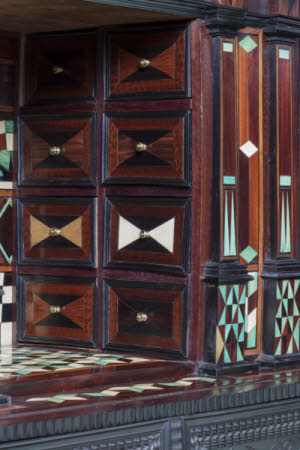 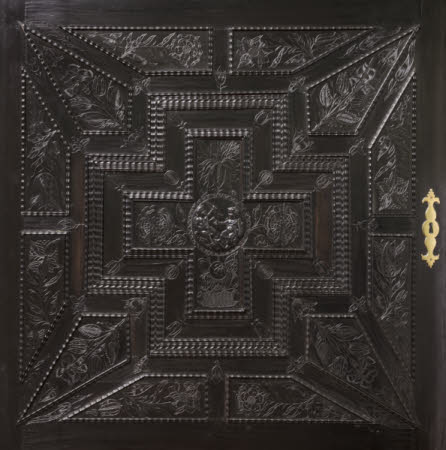 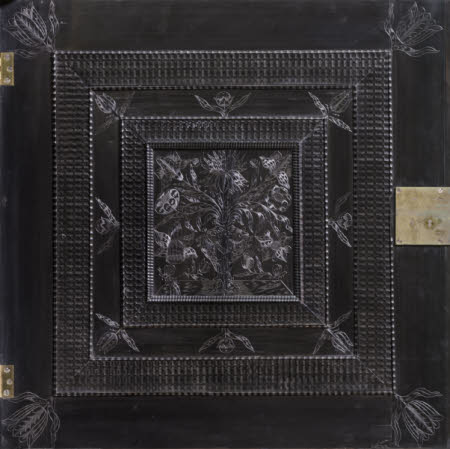 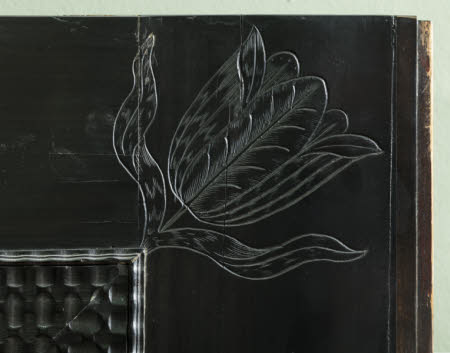 An ebony and ebony-veneered cabinet on stand, Paris, circa 1630, in the manner of Jean Macé (c.1602-72). The carcase of softwood and oak; the drawers incorporating lime or poplar. And having a cornice-like upper moulding above a cushion-fronted or convex long drawer, with rounded ends. All above a pair of cupboard doors, applied with ripple-moulded ebony mounts forming a cross. To the centre of each cross a roundel carved with cavorting putti. The remainder of the doors with reserves filled with trailing, naturalistic flowers, stalked and leaved, including tulips and roses. With base moulding. The stand topped by a moulding and fitted in the frieze with a pair of short drawers, both with floral carving matching the cupboard above. A conforiming pendant apron below the drawers. On eight columnar legs with collars spacing carved flowers. Joined all round by a flat, plain rectangular stretcher. Ripple-mouldings applied to the leg blocks. Later bun feet. To the centre of the cabinet's interior a pair of doors revealing an interior perspective scene of an archway or apse between pilasters and with a chequered, paved floor. Inlaid with ivory and green-stained ivory, exotic hardwoods, fruitwoods, ebony and with two panels of turtleshell. The rearmost panel of this section sliding to reveal an arrangement of multiple secret drawers. Fitted throughout with lacquered brass mounts, some engraved. The high quality main lock shooting three bolts.

Listed in the inventory of goods at Osterley in 1782 in 'Mr Child's Bed Chamber' as 'A large Ebony Cabinet' and in 1871 'A 5ft Elaborately carved Ebony cabinet on carved pillar Stand w 2 drawers at top and brass fall handles, 2 folding doors enclosing - interior fittings of 12 drawers w brass - knobs and folding door Inlaid Ivory recess in Cabinet w one tray top drawer - and 20 small drawers w brass knobs - and escutcheons - lock and Key' in the State Bed Chamber. Thence by descent, until purchased from George Child-Villiers, 9th Earl of Jersey (1910-1998) by HM Government in 1949 for the Nation and vested in the Victoria and Albert Museum; transferred to the National Trust in 2002.

The top two drawers inscribed in ink and on the carcase of the cabinet '1' and '2'.