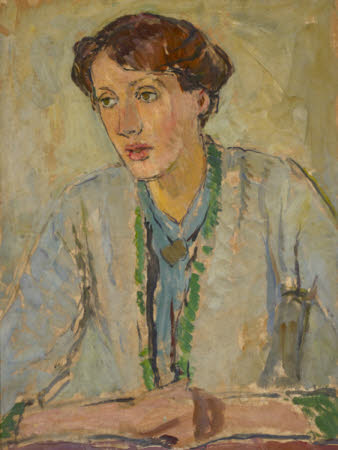 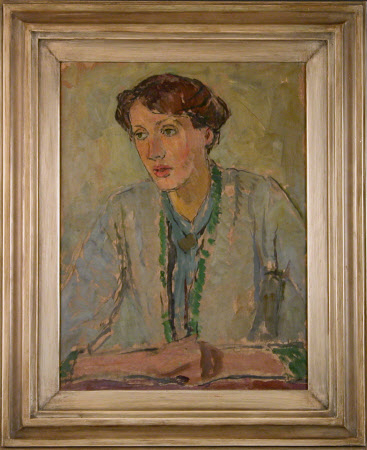 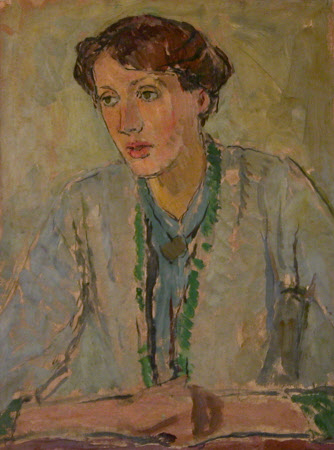 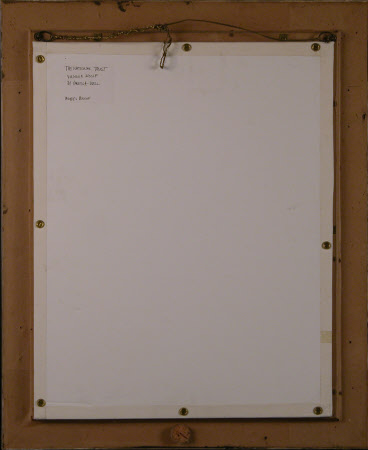 This tender portrait of the emerging writer Virginia Woolf (1882–1941) was painted by her sister, the artist Vanessa Bell (1879–1961). Both women were founder-members of the Bloomsbury Group, a circle of writers and artists who challenged what they considered to be outmoded Victorian conventions of creative endeavour. At the time of this portrait, Virginia was completing her first novel, The Voyage Out (1915), and Vanessa was launching her career as a professional artist. The portrait captures Virginia’s thin frame, long aquiline nose, heavy- lidded eyes and slightly resigned expression. Vanessa used this sitting as an opportunity to experiment with a technique she had observed in the portrait The Girl with Green Eyes (1908) by the French artist Henri Matisse (1869–1954). She described this as attempting to paint ‘in an entirely new way’ by considering a ‘picture as patches’. The portrait was purchased in 1984 for display at Monk’s House, the Sussex home that Virginia bought in 1919 and decorated in a way that expressed her artistic sensibility.

Oil painting on panel, Virginia Woolf (1882-1941) by Vanessa Bell (Kensington 1879 – Firle 1961), circa 1912. A half-length portrait of Virginia Woolf, facing, gazing towards proper right, seated at a table, her forearms resting atop it and hands clasped at centre. Woolf with brown hair pinned up and wearing a blue blouse, brooch and pale blue cardigan with green trim. Probably painted at Asheham House, Sussex, which Leonard and Virginia Woolf occupied for holidays and weekends from 1912, until their marriage in 1919.

There are good reasons for believing that this is the first of a series of portraits of Virginia Woolf by Vanessa Bell now in the possession of the National Trust and which hangs at Monk’s House, Rodmell, the Sussex home of Leonard and Virginia Woolf. In this half-length portrait, Virginia leans slightly forward, with her arms resting on a table and her hands clasped. It was painted at the same as one by Roger Fry (private collection, on loan to Leeds Art Gallery) and in both portraits the tentative outlining of form with a dark colour is a technique frequently found in early experiments in English Post-Impressionism. It also suggests awareness of Matisse’s summary use of the same in the Woman with Green Eyes (San Francisco Museum of Modern Art), which had been the focus of much comment in the first Post-Impressionist exhibition. There is a confidence in Bell’s portraits that Fry’s lacks. Her portrait may have been done at one sitting, for the facial features appear to have been dropped into position with speed and assurance. Adapted from Frances Spalding’s essay ‘Vanessa, Virginia and the Modern Portrait’ in Vanessa Bell, edited by Sarah Milroy & Ian A.C. Dejardin, London, New York: Philip Wilson Publishers, 2017, p. 69.

Purchased by National Trust in 1984 from Sotheby's