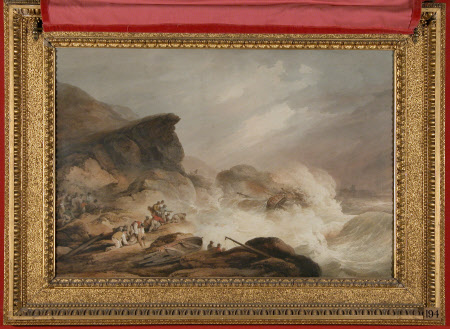 Watercolour on paper, Storm by Sea by Francis Nicholson (Pickering 1753 – London 1844), circa 1808. Figures on a rocky shore, left; a ship dashed against rocks at the right. Varnished.