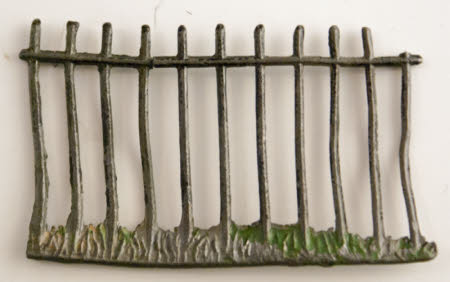 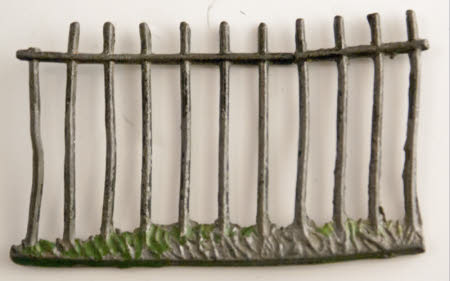 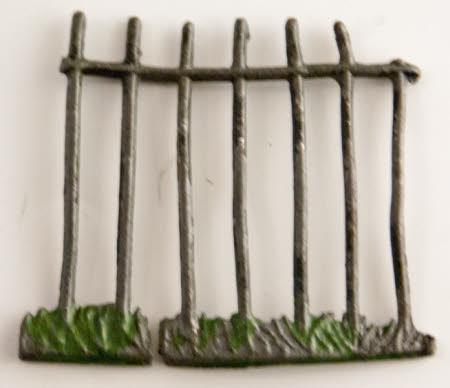 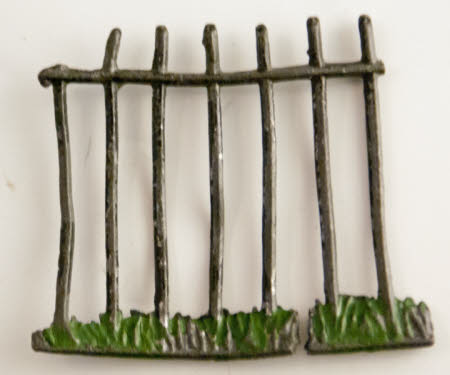 A pair of model fences, cast or moulded in metal, in a battered condition, showing remains of brown paint on the fence and remains of green paint on the moulded grass, along the base. One fence has seven upright railings with a high horizontal rail across them. One paling spike is broken off and there is a break in the moulded grass at the base. The longer fence also has moulded grass along the base, upright railings crossed by a high horizontal rail, which has a break in it. The end railing spike at the top is missing. Total number of items is 2.