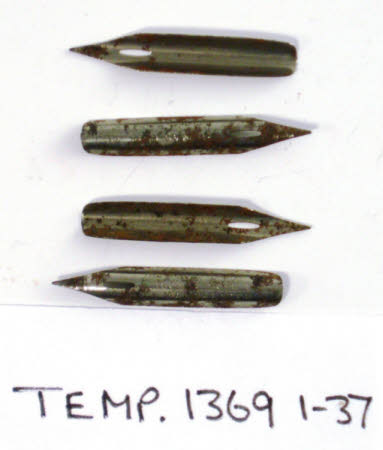 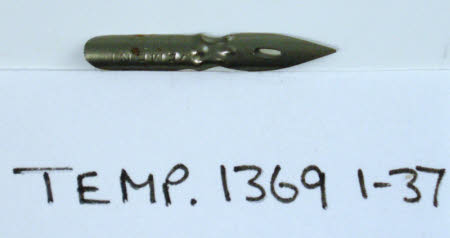 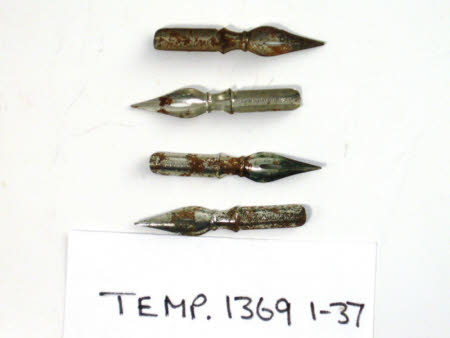 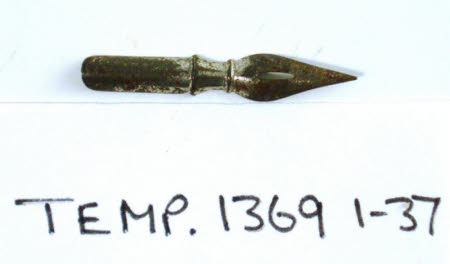 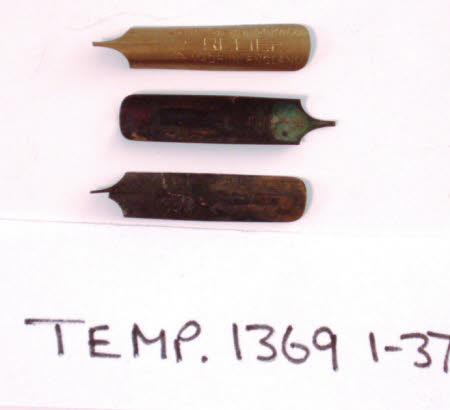 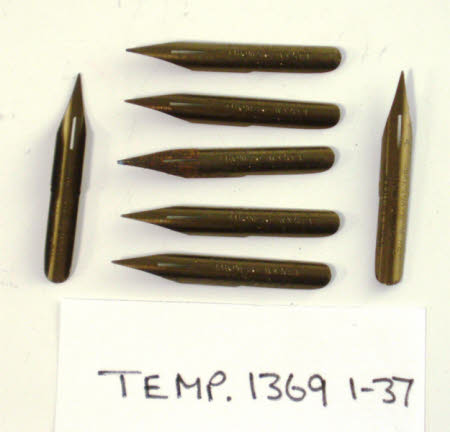 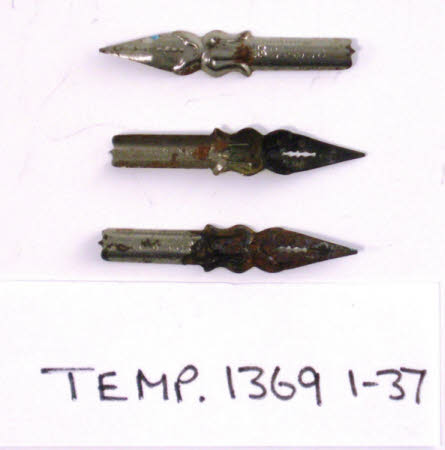 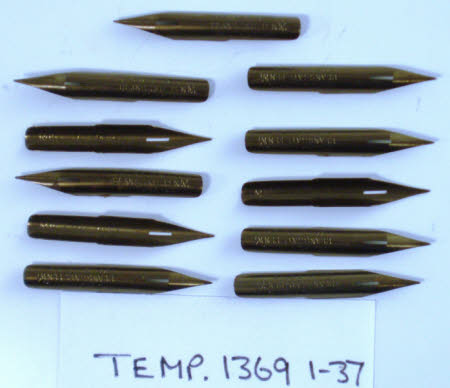 A wooden pen holder which has been painted black and has a brass nib in it, which has the number '40' on it. There are 36 nibs with it. Seven of the nibs are brass, with the following impressed on them 'Deansgate M.Pen Thomas Wyatt, Manchester'. There are another twelve brass nibs which are the same size, but impressed on these is 'Thomas Wyatt's Deansgate Pen M, Manchester'. There are three small nibs, which are brass coloured, two of them are very rusted and impressed on these is 'R.Esterbrook and Co Relief, Made in England, 314.' The rest of the nibs are silver coloured. Four of them have the following impressed on them 'The Lancaster Swan Pen, Thomas Hope Ltd, Manchester'. One has impressed on it 'Cement Pen'. Another one says 'No.550 M/C. Brandaur and Co. Birmingham'. Five other silver nibs are of the same company, but they have the following on them 'No 530M/C. Brandaur and Co Birmingham'. The last three silver nibs have 'Parkins and Gotto B24 AND 25, Oxford Street'. Total number of items is 37.