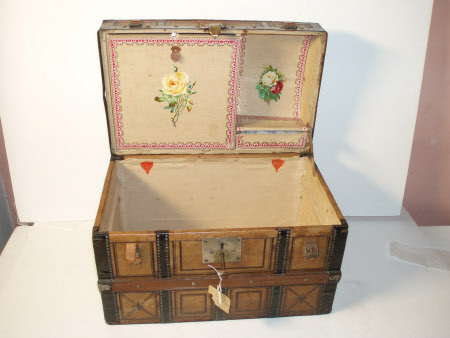 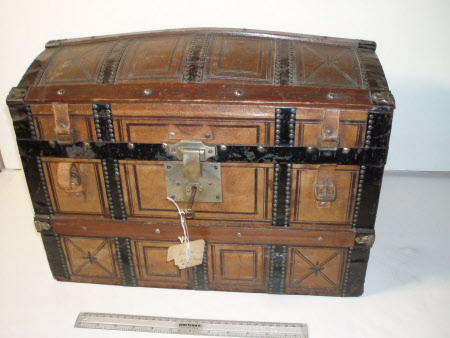 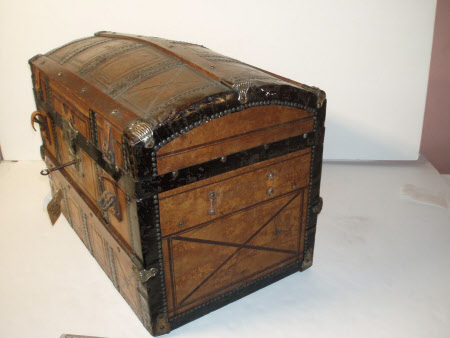 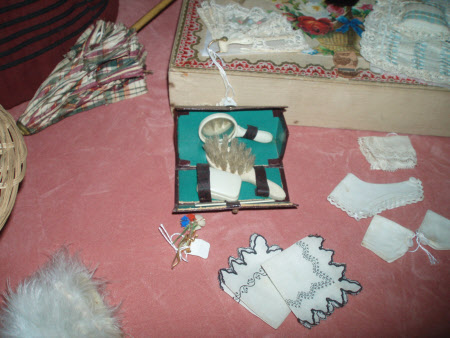 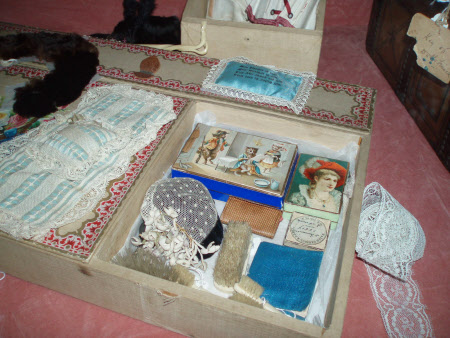 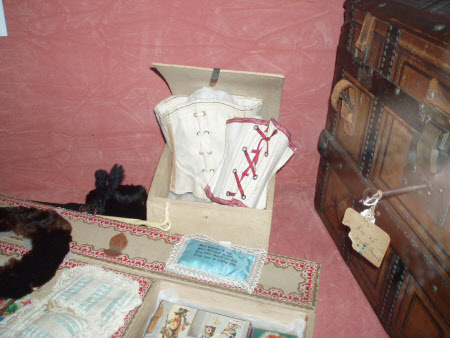 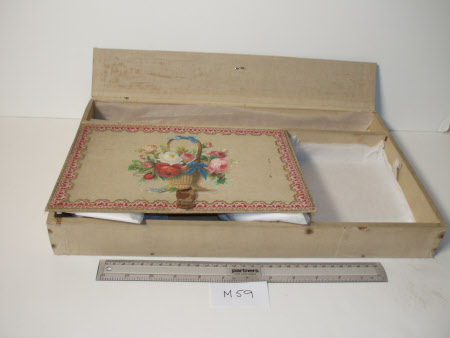 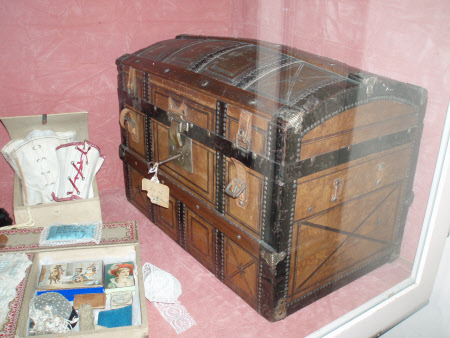 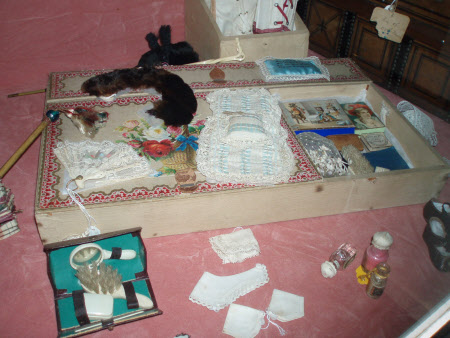 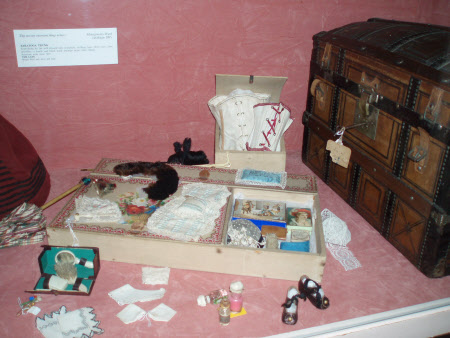 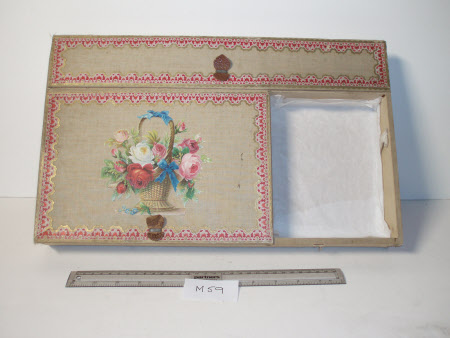 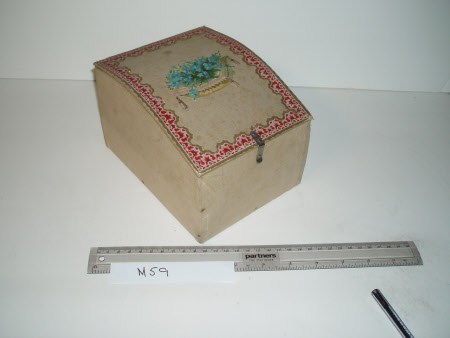 Wood and leather, lined with calico

A 'Saratoga' trunk for a doll, given to a little girl by her father on her 8th birthday in 1857. Saratoga Springs was a popular holiday destination for wealthy Americans - even your doll would need to be well-dressed!

An 1850s doll's 'Saratoga' trunk made by 'Scharles Brothers, New York. It is made of wood, with a hinged, slightly domed, lid. The original contents of clothes and accessories are recorded separately. This doll’s Saratoga trunk was given to a little girl called Mary Ann by her father on her 8th birthday in the 1850s. Her father (Mr Hurst), a wool buyer from a Bradford firm who lived in Manchester, bought the trunk while he was attending wool sales in London. The 'Saratoga' trunk style which developed in the mid 1800s. The name orginated from large trunks used by the wealthier people visiting the spa resort and racetrack for the summer season at Saratoga Springs, New York. The Saratoga Trunk evolved into a very large, round top style with fancy trim, covered in either leather, canvas, or metal. A trunk was needed to transport the all clothes and accessories for an entire summer season. 'Miniture' doll's version became popular around this time and were sold with their contents (clothes and accessories such as hair brushes, mirrors, shoes, parasols etc...) in removable trays. Too big for stagecoaches, the large versions were transported by train, but by the early 19th century when people started travelling by car, the trunks became too cumbersome and they fell out of favour. Two boxes are fitted into the lid, there is one removable box in the lid and one removable tray in the body of the trunk. The exterior is covered with tooled brown leather with black metal strips at the corners, all edges and as a decorative element on the lid and front of the chest. There is one wooden bar across the centre back and another across the centre front. There are three wooden bars on the lid - front, centre and back. There are brass coloured decorative metal pieces at the end of each wooden bar. There is a leather holder, probably for a (missing) handle; on each end of the trunk. One holder on each end is incomplete. The trunk is fastened with a metal lock and key at the centre front, and two leather straps and buckles on the left and right of front. Both leather straps are incomplete. A card label, attached to the key, is inscribed in ink on one side 'Key of Dolls trunk' and on the other side 'Miss Barran Chithurst Rogate Petersfield Hants'. Also written in pencil '5 sterling'. The corner of the label is missing. The interior is covered with cream coloured calico with red and gold floral print paper cut into shield shapes covering the hinge fixings on the inside. The two fitted boxes in the lid are decorated with crimson and gold paper edging and rose motif paper scraps. The removable box in the lid has a curved lid decorated with crimson and gold paper edging and forget-me-not motif paper scrap. The removable tray from the body of the trunk has one open compartment; one long compartment with a lid decorated with crimson and gold paper edging and a leather tag handle; one large compartment with a lid and leather tag handle, decorated with crimson and gold paper edging and a rose basket motif paper scrap. Total number of items is 4.