A View of the taking of Quebec September 13th 1759 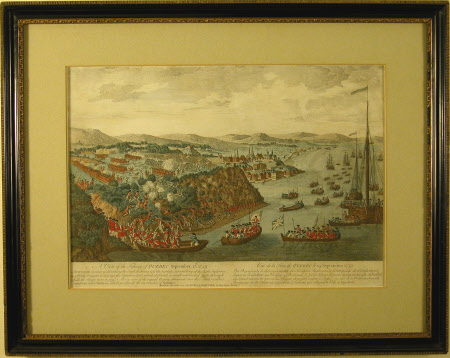 A coloured engraving of ‘View of the taking of Quebec September 13th 1759’. British soldiers are seen being rowed ashore and climbing the Heights of Abraham while more British soldier’s battle the French on the Plains. The Battle on the Plains lasted only around 15 minutes, Wolfe dying of his wounds within minutes of the battle ending.