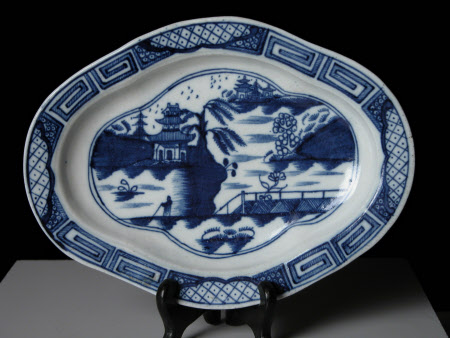 Oval dish with flattened rim with wavy edge, raised on foot ring. Printed in underglaze blue with the 'Weir' pattern, geometric scroll and diaper border around outer rim. Made circa 1775 - 1799, by Caughley Porcelain Works.