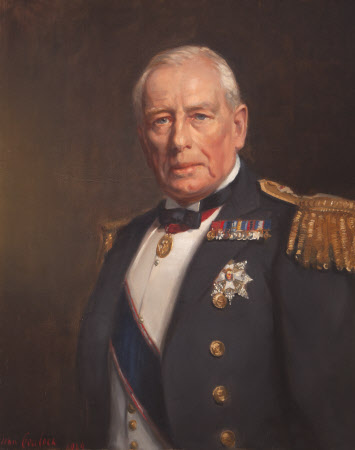 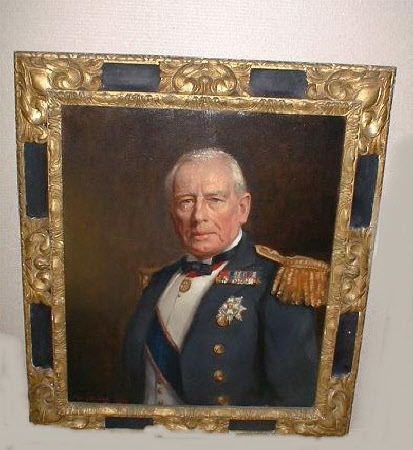 Oil painting on canvas, Captain Sir Charles Leopold Cust Bt, RN, GCVO, CB CMG (1864-1931) by John Mansfield Crealock (Manchester 1871 – 1959), signed John Crealock and dated 1929. A half-length portrait, turned to the left, gazing at the spectator, in naval uniform complete with decorations. He was the son of Sir Leopold Cust, 2nd Bt (d.1878) and Charlotte Sobieski Isabel Bridgeman (d.1914) daughter of Vice-Admiral Hon. Charles Orlando Bridgeman (1791-1860) and Eliza Caroline Chamberlain (d.1799-1887). He served in the Royal Navy on HMS Minotaur, Alexandra and Thunderer and also served as Equerry in Waiting to King George V. He was the third and Last Baronet of Leasowe, Cheshire. He is commemorated by a headstone in the churchyard of St. Peter and St. Paul's, Belton.