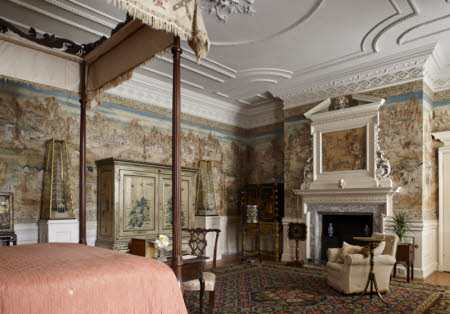 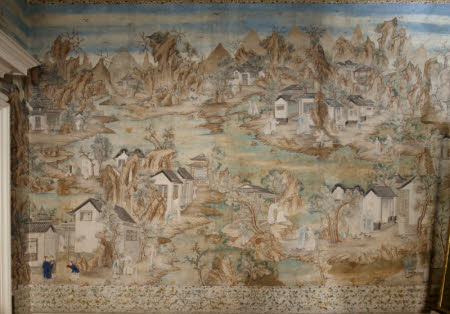 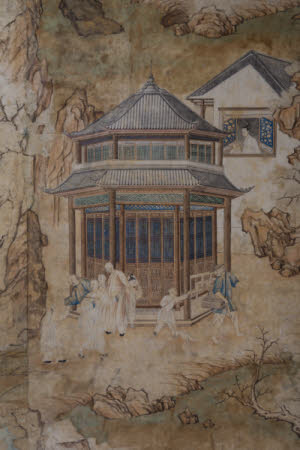 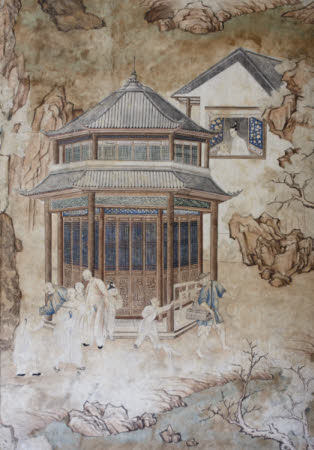 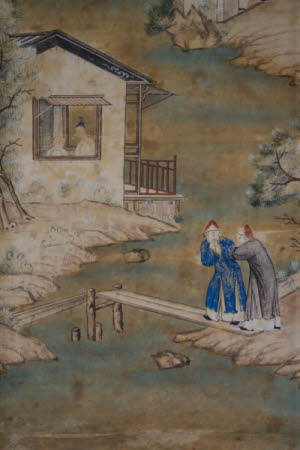 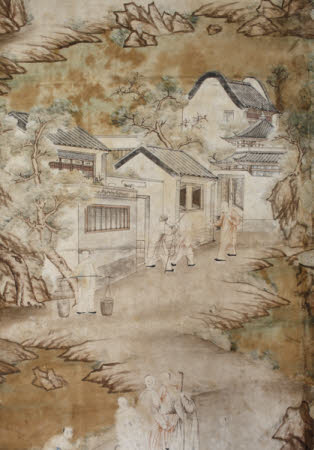 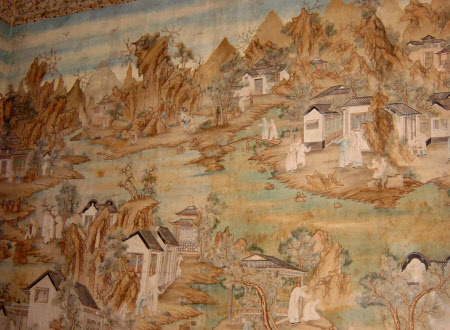 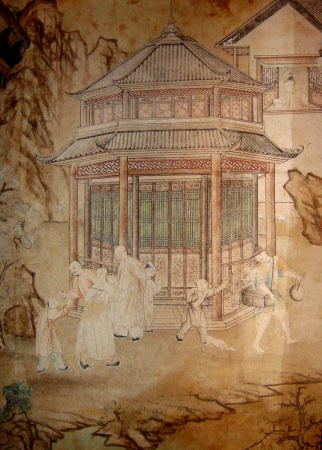 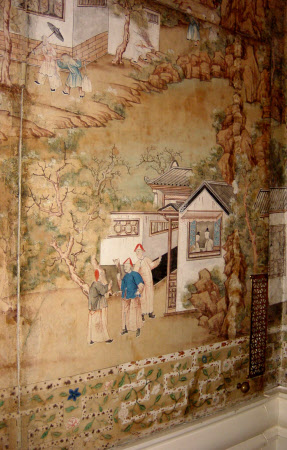 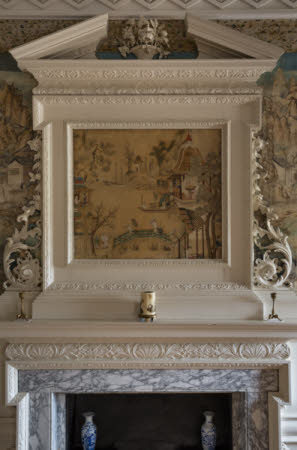 Ink and watercolours in paper

Chinese wallpaper depicting a suburban landscape of mansions and gardens, with people going about their daily lives, against a backdrop of mountains, painted in ink and watercolours on paper, in the Chinese Bedroom.

The scheme consists of four largely identical sets of hand-painted wallpaper hung consecutively around the room. The wallpaper is edged at the top and the bottom with a Chinese painted paper border representing a bamboo trellis with flowering plants growing through it. The border next to the cornice in the south-west corner of the west wall has been stamped on the reverse with Chinese characters, but the impression is too indistinct to decipher. The individual lengths of wallpaper have been reduced in both width and height and the paper was hung on western lining paper. The original sky and possibly some of the mountains were cut away and a new sky and additional mountains and trees were painted in on a layer of western paper. See Emile de Bruijn, Andrew Bush and Helen Clifford, Chinese Wallpaper in National Trust Houses, Swindon, 2014, cat. 6, pp. 18–19; Emile de Bruijn, Chinese Wallpaper in Britain and Ireland, London, Philip Wilson Publishers in collaboration with the National Trust, 2017, pp. 86-90.

The wallpaper was probably installed in the run-up to the marriage, in 1761, of the then owner of Blickling, John Hobart, second Earl of Buckinghamshire (1723–98), with Mary Ann Drury (1740–69). It appears to have been sourced by the earl’s aunt, Henrietta Howard, Countess of Suffolk (1681–1767), as inscriptions were found on the back during conservation which refer to ‘1758’ and ‘[?] Suffolk of [?] Lott 30’. The wallpaper was bequeathed to the National Trust, together with the Blickling estate, the house and the rest of the contents, by Philip Kerr, eleventh Marquess of Lothian (1882–1940). In 2002 it was removed from the walls for full studio treatment by Sandiford and Mapes Ltd, which included removal of the third, back-most layer of the Chinese paper where it had become degraded by mould, washing on a vacuum suction table and relining.