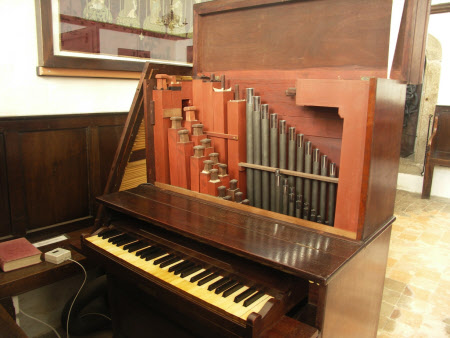 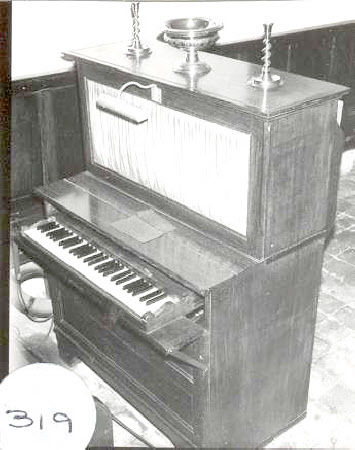 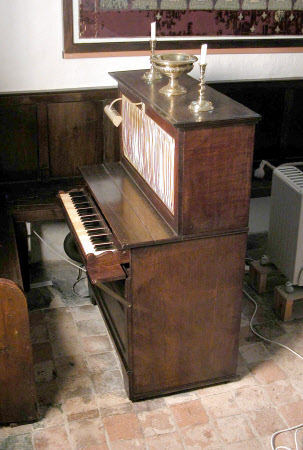 Four and a half octave single console organ (pipe organ) in oak case with pleated gold coloured silk front. Now converted to be powered by electricity.

The organ was donated to the Trust by Mr. A.G. West of Teignmouth, Devon in June 1966. Michael Trinick, then the Secretary of the Trust’s Committee for Devon and Cornwall, decided that the chapel at Cotehele would be the most appropriate home for it.