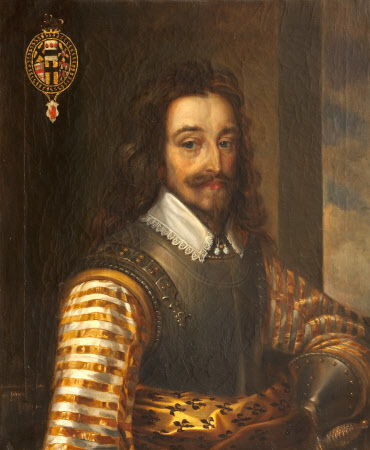 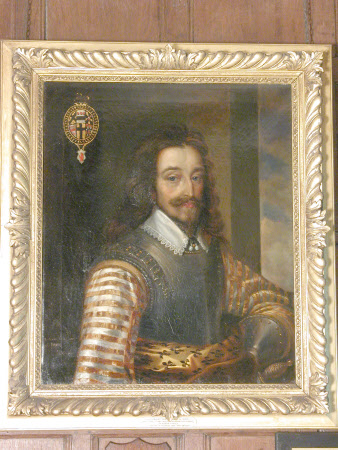 Rebecca Orpen was a talented amateur artist who married Marmion Edward Ferrers (1813-84) of Baddesley Clinton. She was prolific, working in both oil and watercolour, and much of her work remains in the house today. She and her husband lived at Baddesley with her aunt, Lady Chatterton and her husband, Edward Heneage Dering. They became known as ‘The Quartet’, revelling in art, history and their religion. On the death of their spouses, Rebecca and Edward Dering were married. Rebecca Orpen copied this picture from a print, dated 1640, but she added her own background. The sitter was an ancestor of Edward Heneage Dering, Lord Warden of the Cinque Ports and Lieutenant of Dover Castle.

Oil painting on panel, Sir Edward Dering (1598-1644) (after Johnson) by Rebecca Dulcibella Orpen, later Mrs Edward Henege Dering (1830 – 1923), after Cornelius Johnson (London 1593 - Utrecht 1661), signed and dated: 1884. A half-length portrait with the sitter turned towards the right but looking out at the spectator. He has shoulder-length curly brown hair and a moustache and bearded chin. He wears a breastplate and underneath a doublet with long sleeves of white and gold horizontal stripes and a white lace collar. The sitter rests his left elbow on a window ledge at the far right. He wears an armoured cuff on this arm and a gold sash with a pattern of black fleur-de-lis around his waist. A coat of arms is painted at top left. The image was copied and embellished by Rebecca Dering from an engraving of a portrait of Sir Edward Dering dated 1640 (See BAD/D/4). Antiquary and politician, Sir Edward Dering, 1st Baronet, created 1st Baronet Dering in 1627, was born on 28 January 1598. He married Anne Ashburnham, daughter of Sir John Ashburnham and Elizabeth Beaumont, Baroness of Cramond. They had a son, Sir Edward Dering, 2nd Bt (1625-1684) and he died on 22 June 1644 at age 46.