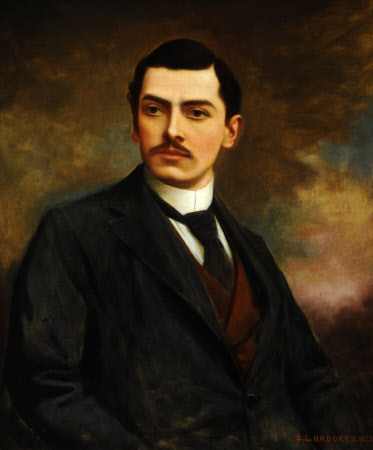 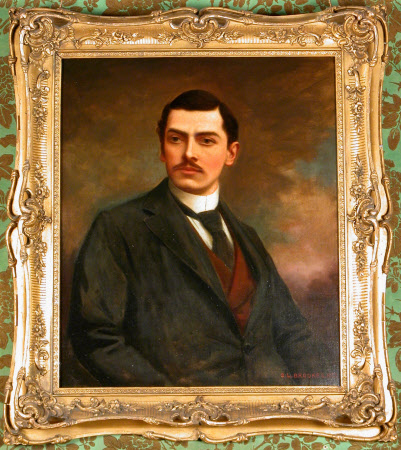 Oil painting on canvas, A Posthumous Portrait of Richard Fynderne Harpur Crewe (1880-1921) by S.Lawrence Brookes, signed and dated 1922. A half-length portrait of a man, turnd to the right, head inclined to the left, gazing to the left, with dark hair and moustache, wearing a blue coat and black tie. Landscape behind with distant horizon and cloudy sky. Richard died at the age of 40 in 1921, the only son of Sir Vauncey Harpur Crewe, 10th Bt.

Calke Abbey was given to the National Trust by Henry Harpur Crewe (1921-1991) and the contents, including this painting, were acquired with the aid of a grant from the National Heritage Fund, thanks to a special allocation of money from the Government, in 1984.