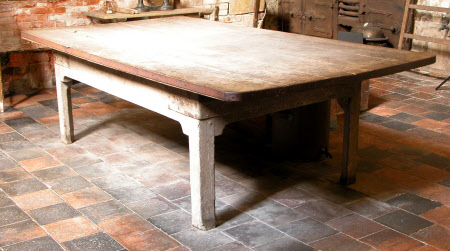 A large deal kitchen table, English, probably late 18th century. The plank top with an iron band to the edge raised on a base with square section chamfered legs, further iron brackets to the outer corners.

Calke Abbey and contents transferred to the National Trust by the Treasury in lieu of CTT in 1985 with an endowment provided by the NHMF.