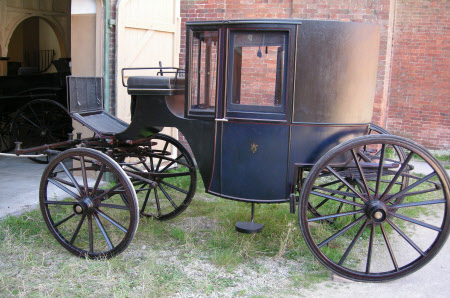 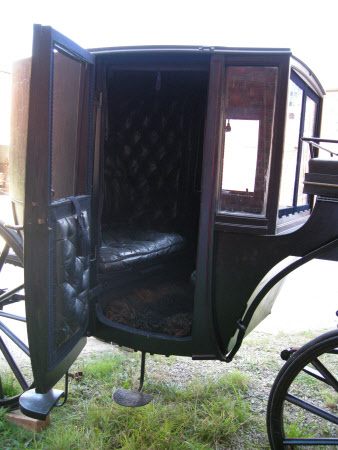 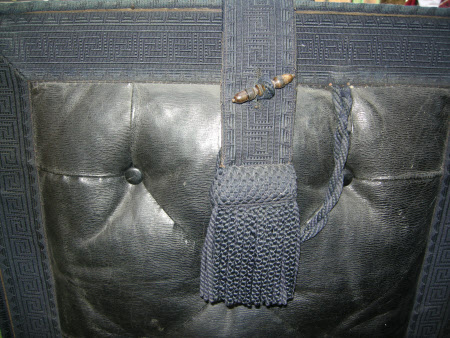 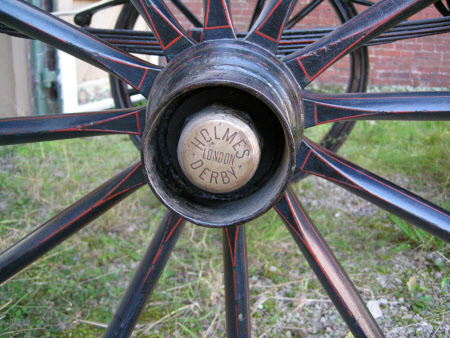 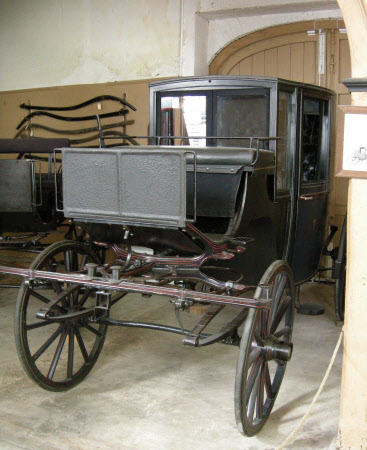 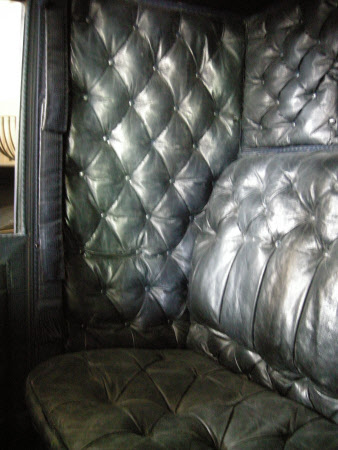 The Brougham takes its name from Lord Brougham (1778-1868) who commissioned a design for “a refined and glorified street cab, which would make a convenient carriage for a gentleman…closed and intimate thus allowing the occupants to conduct a private conversation”. There are two types of Brougham, the smaller only seats two people, the larger Double Brougham seats four.

Double Brougham by Holmes of Derby. Double Brougham (four wheels) for a single or pair of horses. This carriage has an angular profile to the body.The door handles are silvered T-handles. The coachman's padded seat has a valance. There are provisions for a luggage basket to be fitted on the roof, the basket is missing. The interior is upholstered in buttoned dark blue leather. Painted in a livery of dark blue with red lining.

The first brougham was commissioned in 1837 by Henry Peter Brougham (1778-1868) first Baron Brougham and Vaux, Whig politician, lawyer and Minister of State. He wanted “a refined and glorified street cab, which would make a convenient carriage for a gentleman”, unlike his usual form of transport, probably a town coach or chariot, both far larger and heavier. He designed a carriage that would be light and compact, needing just one horse and a coachman – ideal for use on busy streets. The body would be low for easy access and should carry two people and be “closed and intimate thus allowing the occupants to conduct a private conversation whilst travelling”. His ideas were rejected by his usual coachbuilder so he took them to another, Robinson & Cook, just round the corner. They agreed to build the vehicle and it was called the Brougham by his Lordship’s express permission. Lord Brougham’s brainchild was an instant success and, within a few years, broughams were being built in vast numbers wherever carriages of Western European style were used. They were particularly popular with professional and middle class families, and became the everyday carriages of the wealthy and the aristocracy. This Double Brougham is of a conventional type built by a good coachbuilder, Holmes of Derby and London. It has provisions for a basket to be attached to the roof to carry luggage suggesting that the owner may have travelled slightly further afield in this carriage.