View of the South Avenue at Wimpole, Cambridgeshire 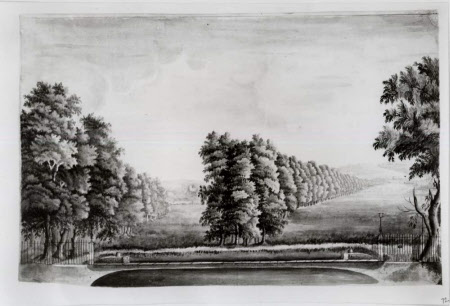 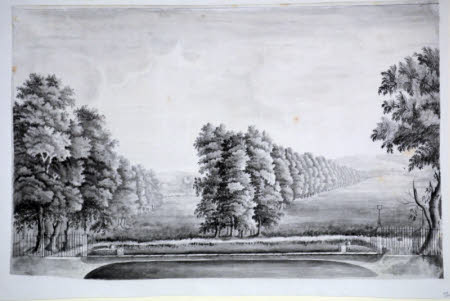 Pen and ink with wash

In this drawing, Whaddon church, the intended focus of Charles Bridgeman's 'clairvoyée', has been given a false emphasis and exaggerated elevation as have the Royston Downs which rise behind it and here serve as a dramatic backdrop to the main vista. The avenue trees are shown in somewhat fuller form than in Stukeley's sketch which had been made five years earlier. Catalogue entry adapted from David Adshead, Wimpole Architectural drawings and topographical views, The National Trust, 2007