Proposal for the Gardens to the north of the house at Wimpole Hall, Cambridgeshire 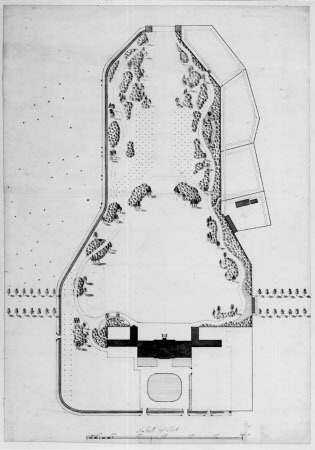 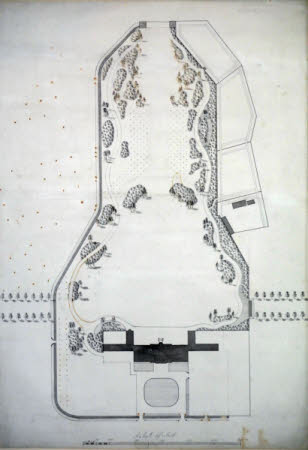 The scope of the scheme described in this drawing is less ambitious than that in NT 206200, and is confined to the area to the north of the house. The shape and boundaries of the earlier new arrangement shown in Kip's engraved view (NT 206324). Here it is proposed that the ha-ha should run from the base-court at the front of the house along the western boundary of the garden to meet the westernmost of James Gibb's pair of garden pavilions - shown as square structures on this and on Greening's other two plans. As in NT 206200, a circuit path winds through clumps that we know were to be evergreen shrubs and syringas, interspersed with honeysuckle and roses.

Lower centre: A Scale of Feet