Elevation drawing A for the Gothic Folly at Wimpole, Cambridgeshire 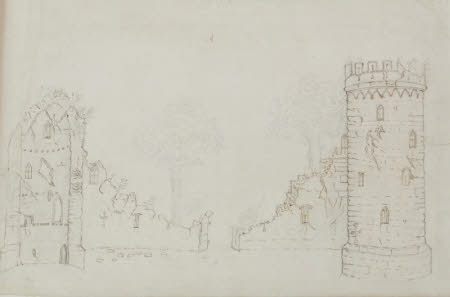 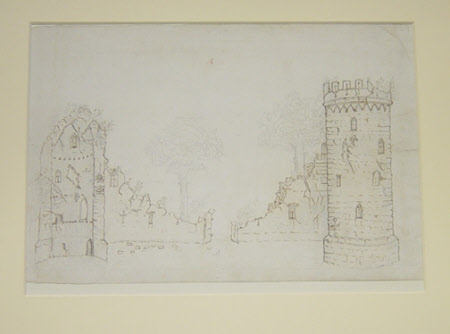 Pen and sepia ink with pencil

The sham ruins as built are V shaped in plan - each of the points of the 'V' terminating in a tower - an idea that Miller seems to have established from the outset. This drawing appears to be a suggestion for the south-west facing side. The shattered tower at left, with its interior surface and floor joist sockets exposed, corresponds with similar features shown at far left in Miller's perspective (see NT 206196). These inked drawings and their carefully pencilled backdrops of trees have a specificity that distinguishes them from most of the doodles that can be found on the backs of Miller's letters, but they share something of the character of his sketches for the ruinous towers at Edge Hill, Warwickshire and Hagley, Worcestershire. Catalogue entry adapted from David Adshead, Wimpole Architectural drawings and topographical views, The National Trust, 2007.