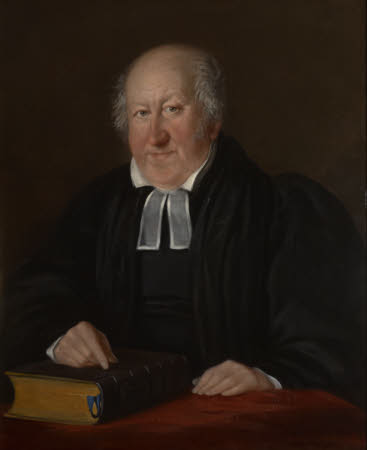 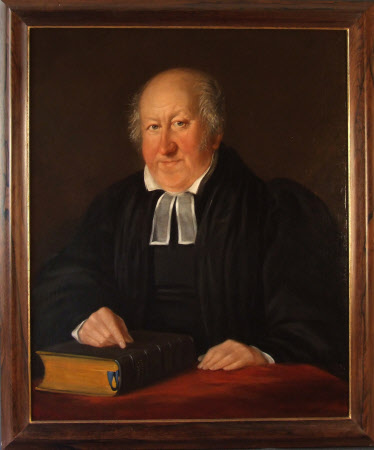 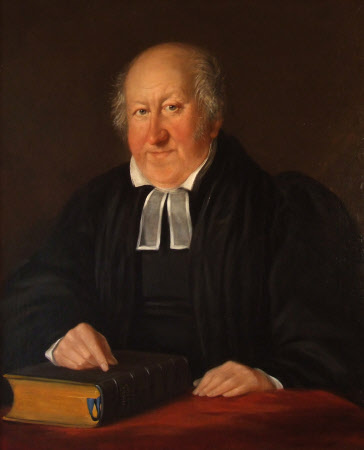 This oil painting by an unknown artist depicts the Reverend George Augustus Lamb (1782-1864), who was the Rector of Iden, Playden and East Guldeford for 58 years. The Reverend was the last of the Lambs to live at Lamb House, which was built in 1723 by James Lamb. In 1832 George Augustus Lamb sold the house to a wealthy local banker. His brother, William Phillips Lamb was a Baron of the Cinque Ports and attended the coronation of King George IV at Westminster Abbey in 1821.

Oil painting on panel, The Reverend George Augustus Lamb (1782-1864), Half-length portrait of a portly man, turned slightly to the left, gazing at the spectator, seated at a table, his right hand resting on a large bible. Balding with wispy grey hair, wearing black clerical garb with linen bands.