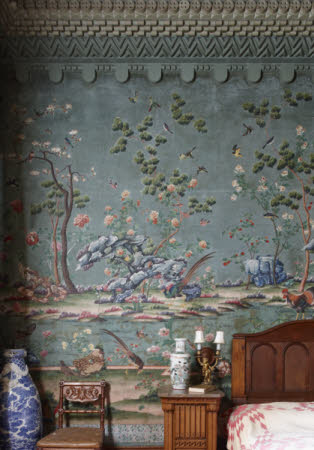 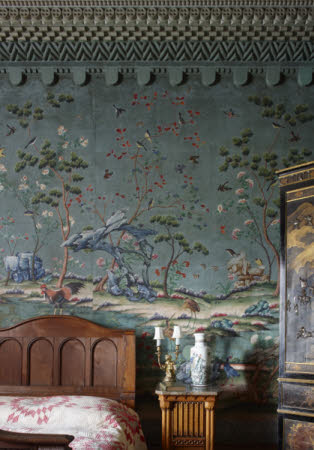 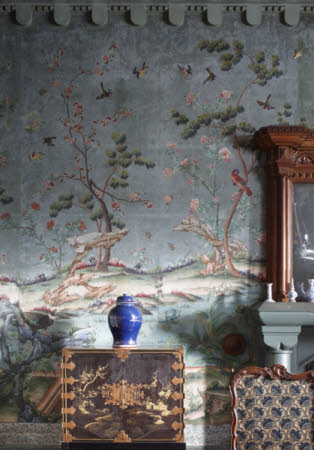 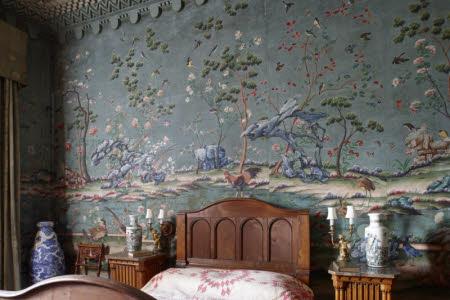 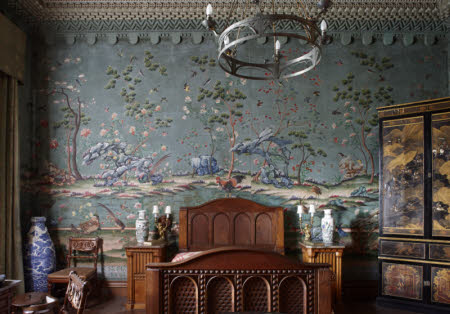 Chinese wallpaper depicting a canal or pond with a carved stone edging in the foreground and decorative ‘scholar’s rocks’ (gongshi), flowering trees and plants, and birds and butterflies beyond, against a blue background, painted in watercolours on paper, in the Lower India Room.

Originally hung following the completion of Penrhyn Castle in the early 1830s. Accepted by HM Government in lieu of inheritance tax, as part of Penrhyn Castle, and allocated to the National Trust in 1951. Full conservation treatment, including relining, was carried out by Sandiford and Mapes at the Victoria and Albert Museum in 1993.