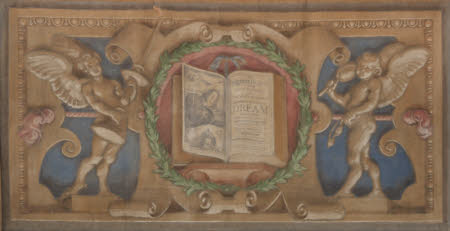 Commissioned in 1953 by John Seely, 2nd Baron Mottistone and Paul Paget for the Great Hall, Mottistone Manor, Isle of Wight. Given to the National Trust by Paul Paget by deed of gift, 26 August, 1964.