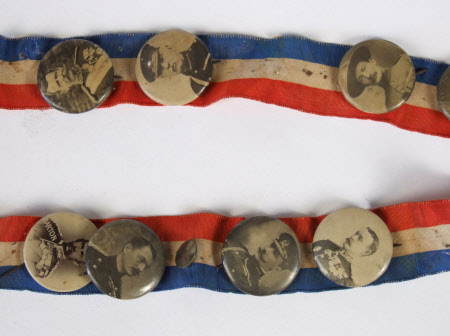 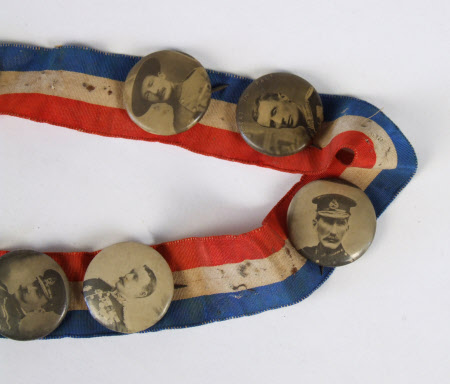 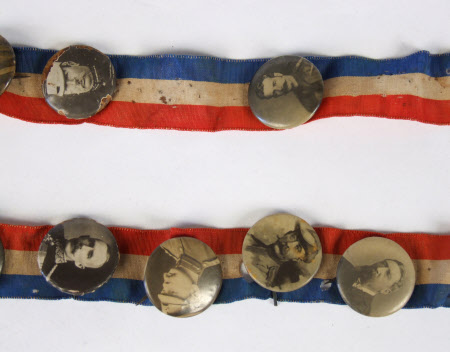 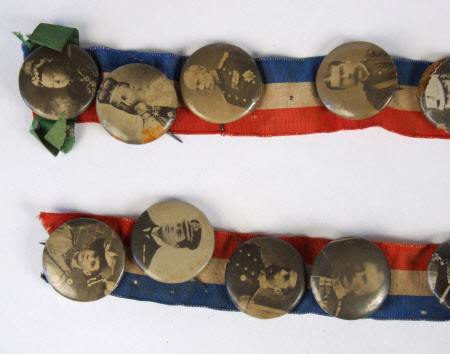 Tricolour ribbon with 23 badges portraying members of the British monarchy and the British Army involved in the Second Boer War (also known as the South African War).