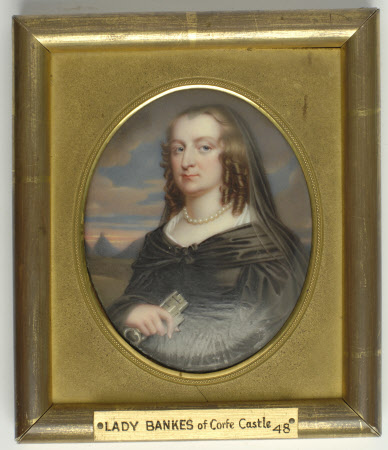 One of a collection of fifty enamel miniatures that were bought by William Bankes at auction in 1836. He gave some to his brother but since 1841 the entire collection has hung in the house.