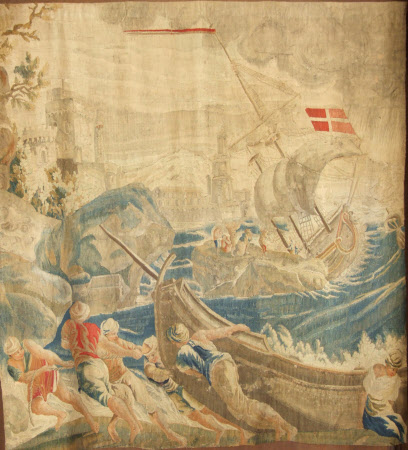 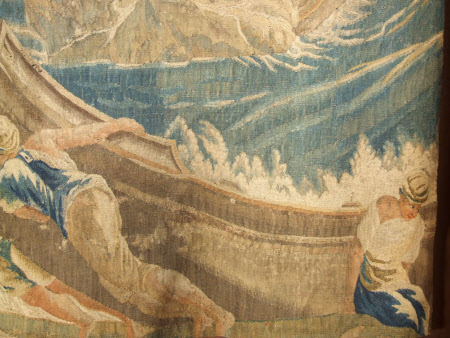 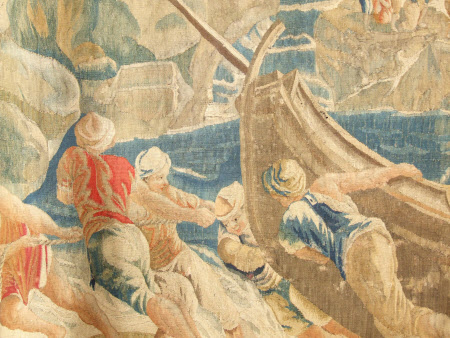 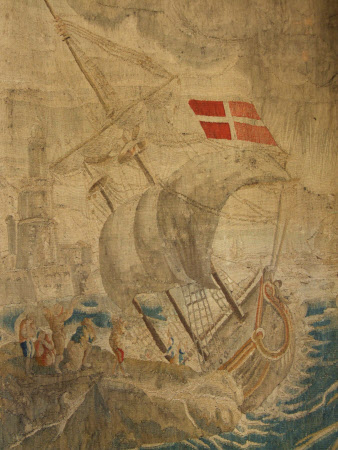 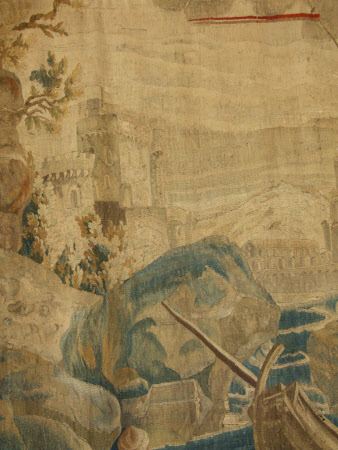 Shipwreck (fragment) from a set of five Port Scenes, Aubusson, after a design by Claude Joseph Vernet, c. 1760-1780. In the foreground six men struggle to pull ashore a boat, whilst in the background a galleon with billowing sails is smashed on rocks by the waves. A group of men huddle on a rock by the wrecked ship, and in the distance there is a lighthouse and a castle. There are no borders and the tapestry has been cut from a larger piece.