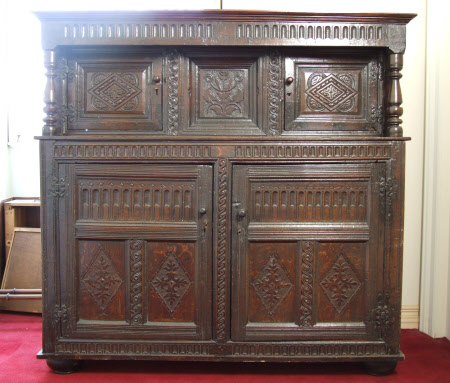 A joined oak court cupboard, English, probably North Country, late 17th century and later. Having an arcaded frieze raised on baluster- and ring-turned columns flanking a pair of lozenge-carved panels flanking a flower and foliate-carved fixed panel. The base with a pair of cupboard doors of three panels, the uppermost stop-fluted, the lower pair carved with lozenges. With guilloche and foliate-carved rails. On later bun feet.