'Circe and the Sirens' 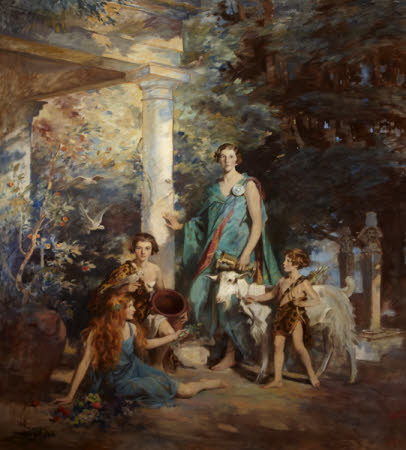 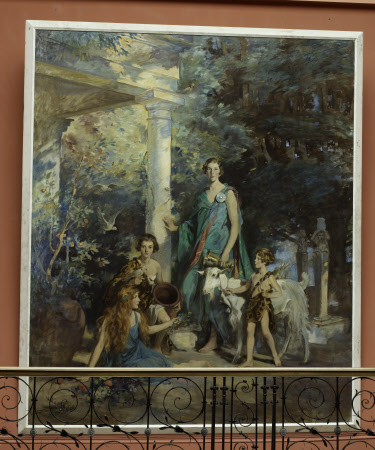 Edmond Brock's group portrait shows Edith, Marchioness of Londonderry and her three youngest daughters Margaret, Helen and Mairi with her pet goat 'Paddy from Cork'. In the background, the faces of her husband Charles, 7th Marquess (on the left) and the artist himself (on the right) appear in the herms. Edith is shown in the guise of Circe the Sorceress of Homer's Odyssey who charmed Odysseus and his men to stay on her island before turning them into pigs. As Circe, Edith presided over The Ark, a club she founded during the First World War. She holds the large gold cup that can be seen in the SIlver Display off the Central hall of the house.