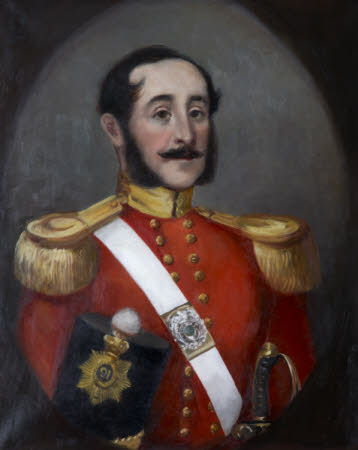 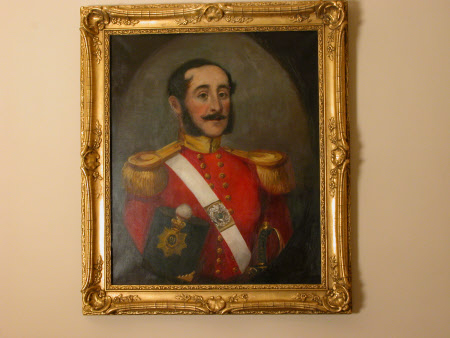 Oil painting on canvas, Captain Frederick Boehmer (1815 - 1863) by Bertha Lowenthal, (according to label on back), circa 1851. An oval painted portrait of an army officer of the 91st Highlanders. A head or sholders with moustache, slightly balding and long sideburns. He married Mary Ann West in 1851 and was father of Clarissa (Clara) Margaret Boehmer (1855 - 1926), Agatha Christie's mother.