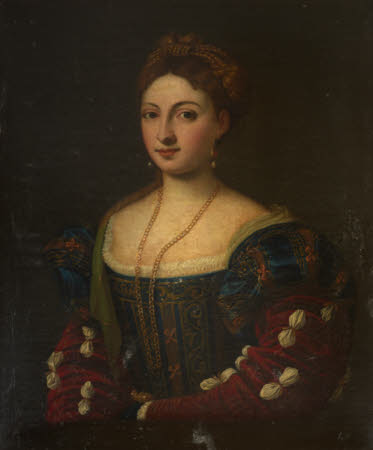 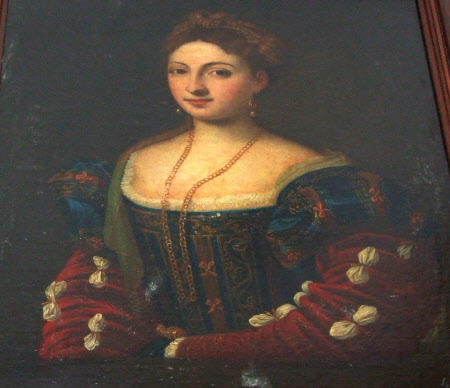 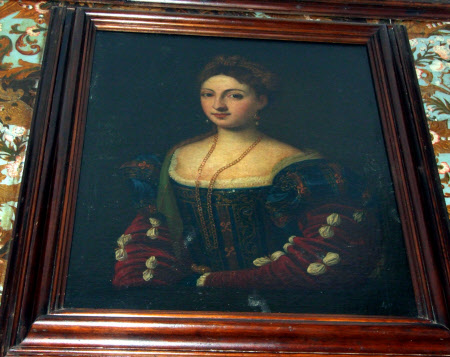 Oil painting on canvas, 'La Bella' after Titian (Pieve di Cadore 1488/90 - Venice 1576), 19th century. A half-length portrait of a young woman, turned partially to the left, gazing at the spectator, she has dark hair which is centrally parted and braided closely to the head. She wears a long, gold chain of heavy links. Her decollete blue and gold dress has short, puffed sleeves, with oversleeves of deep crimson which are ruched and decorated with white bows, down to the wrist. Her hands are concealed behind a low balustrade.This is after Titian's 'La Bella', officially known as 'Ritratto di donna', painted by him, around 1536, and now in Florence in the Galleria Palatina of the Palazzo Pitti. White catalogue number 40 l.l.