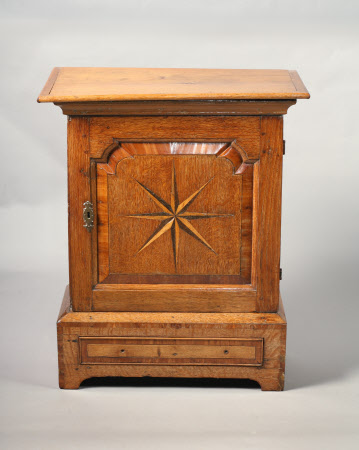 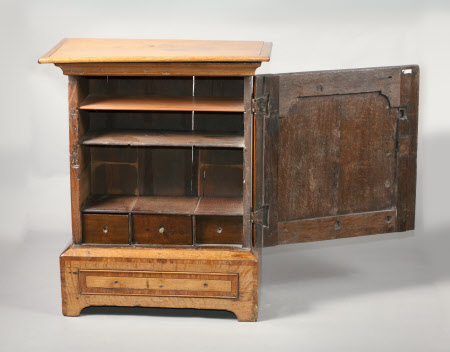 An inlaid oak and yew cross banded table cabinet, English, mid 18th century. The moulded cornice above a hinged panelled door inlaid with a star motif, enclosing two shelves and three drawers and with a single drawer to the base, raised on bracket feet.